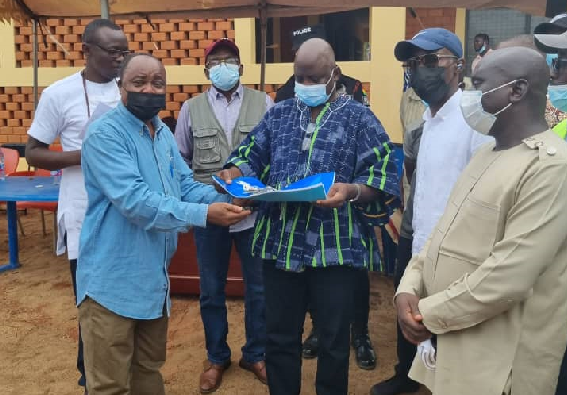 The government has constructed 32 houses for settlers around the Tamne Irrigation Dam in the Tempane District in the Upper East Region.

The houses are meant to resettle residents affected by the construction of the irrigation project to pave the way for its completion to promote all-year farming and to check the perennial flooding in neighbouring communities.

The Upper East Regional Minister, Mr. Stephen Yakubu, presented the keys to the buildings to the affected persons at a ceremony at Tempane last Wednesday.

The minister said the irrigation project was intended to transform the lives of the people in the district and its catchment areas.

He said it would afford the people the opportunity to develop the vast arable land for all-year agricultural activities, especially farming and fishing activities.

Mr. Yakubu urged the community members to protect the assets for the economic transformation of the district and the region at large.

The Chief Executive Officer (CEO) of the Ghana Irrigation Development Authority (GIDA), Mr. Wilson Darkwah, noted that the project would be of great economic benefit to the residents and the area at large.

He called on the residents to treasure the project and to utilise it for their personal communal benefit.

“Those who lost their properties should let go. If you do not sacrifice something, you can never get anything good,” he said.

The Public Relations Officer of the GIDA, Ms. Mamle Yvonne Addison, commended the residents for their patience.

She said the houses should bring relief to the residents because they would no longer have to worry whenever it threatened to rain.

“Although there were few challenges during the construction of the buildings, it has finally seen the light of day and we are grateful for the long patience that the Tempane residents had to bear in order to finally move into their new buildings,” Ms. Addison said.

Mr. Jawal Abdul-Rakeeb, the General Manager of Munisco Limited, which supervised the housing project, said the construction work — which started about four years ago — took a longer period owing to relocation challenges, which meant they could not work continuously.