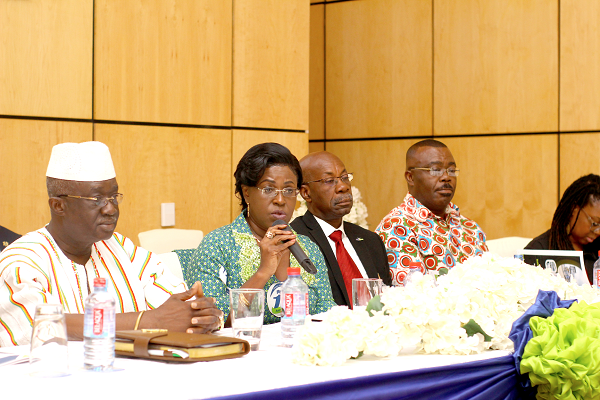 The government is considering the construction of commercial airports in the Central, Western and Upper East regions, the Minister of Aviation, Joseph Kofi Adda, has announced.

He also announced that the government was negotiating with domestic airlines to begin using the idle airports in Ho in the Volta Region and Wa in the Upper West Region, while work on phase II of the Kumasi and the Tamale airports was underway.

To ensure that those airports were fully , Adda said, the Ghana Civil Aviation Authority (GCCA) had been directed to put in place measures that would enable new local airlines that had applied for to start operations before the end of the year.

Adda, who was speaking at the sixth annual general meeting of the Ghana Airports Company Limited (GACL) in Accra yesterday, said plans were advanced for the establishment of a home-based carrier, with private sector participation, to fly the Ghana flag.

o achieve the ultimate goal of making Ghana the aviation hub of Africa, he said, the GACL had a crucial role to play to help harness the potential of the country’s aviation industry and generate employment.

Presenting the GACL’s operational and financial report for 2017, its Managing Director, John Dekyem Attafuah, said it recorded a 21 increase in total revenue of GH¢448 million, as against the 2016 figure of GH¢373 million.

He said, however, that the company’s profit for the year under review was GH¢87 million, compared to GH¢153 million the previous year.
Attafuah attributed the 43 lower profit recorded in 2017 to operational cost and currency exchange losses.

Going forward, the Managing Director said the company would, among other activities, attract new airlines.