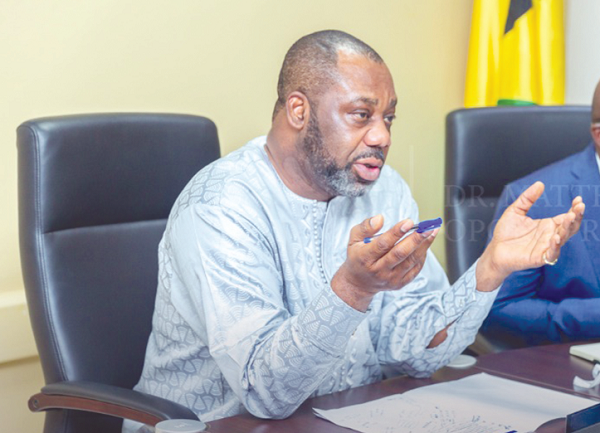 The Minister of Energy, Dr Matthew Opoku Prempeh, has expressed the desire of the government to nurture and sustain a long-term partnership with Tullow Oil Ltd.

Dr Prempeh, who is the Member of Parliament (MP) for Manhyia South, stated this during a virtual meeting with the Chief Executive of Tullow Oil, Mr Rahul Dhir.

In attendance were the Managing Director of Tullow Ghana Ltd, Mr Wissam Al-Monthiry, and other leading executives of the company in Ghana.

The purpose of the meeting was to enable the company to formally welcome the minister to the energy sector and to formally brief him on the operations of the company in Ghana, their strategic direction for 2021 and beyond and a number of legal and other challenges.

Dr Prempeh stressed that the government believed in the right of individuals and entities to invest and enjoy their profits.

He noted that at a time when oil prospects in the country were considered bleak, companies such as Tullow and Kosmos were prepared to undertake exploration in the country because they believed it was worth it.

Dr Prempeh recognised the company’s support for the education sector, particularly with respect to infrastructure and science, technology engineering and mathematics (STEM) education.

“We want to have Tullow as a long-term partner and I am happy you want to keep investing in Ghana,” he stressed.

The minister noted further that in respect of various challenges the company had raised, he recognised the duty they owed to their shareholders.

However, he made the point that as Minister of Energy, he owed an ultimate obligation to the people of Ghana and that he had the job of protecting their interests.

“Ultimately, though, honesty and openness with each other should shorten the path to the resolution of conflicts” Dr Prempeh stated.

Tullow Oil has been in Ghana since 2006 and has invested over $19bn in its operations here since then. Within the period, the company has paid over $6bn to the Government of Ghana through taxes and entitlements and plans to invest $4bn in its operations over the next 10 years.