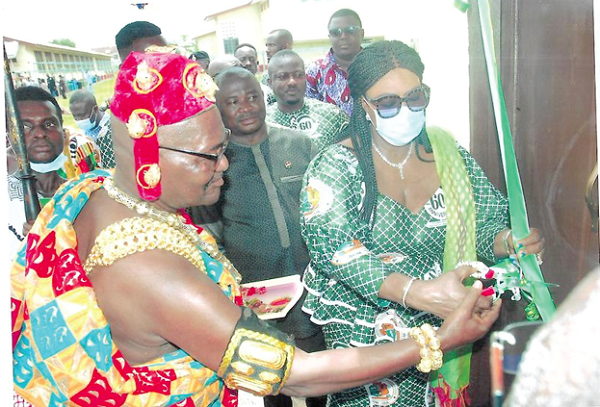 The government is improving facilities and resourcing all the 89 nursing training institutions in the country running various courses such as nursing, midwifery, allied, public and mental health for them to offer the best of health training programmes in the country.

She said the goal of universal health coverage could not be achieved without a strong focus on human resources for health, including training, regulation, management, deployment and remuneration.

The Deputy Minister said it was, therefore, in the light of that objective that her ministry had placed among its top priorities human resource for health development in it’s immediate, medium and long term strategic framework of stakeholders.

Ms Mensah said the policy of introducing nurses training allowances was one of the measures to compliment family support for those admitted into training institutions, adding “this financial incentive has become a big relief for families and also serves as motivation for interested youth who desire to become nurses or midwives.”

“During the peak of Covid-19, these Community Health Nurses undoubtedly contributed immensely to the cost-effective health care system in a resource constraint environment like our dear country,” she added.

The Deputy Minister observed that as one of the oldest training institutions in Ghana, the Oda Community Health Nurses Training College together with other colleges had served as models to most of the subsequent colleges in health and had duly added their quota to the success of primary health concept in Ghana.

In his report, the Principal of Oda CHNTC, Mr Jones Abekah Baah, said the institution which was established in March, 1962 with 15 female Middle School Leaving Certificate graduates as pioneering students, currently had a student population of 1,024.

Mr Abekah Baah stated that one diploma student, Mr Andrews Oppong Mensah, was adjudged the overall best graduating student in practical nursing in 2015 by the Nursing and Midwifery Council (NMC) in Ghana.

He noted with pride that in 2021, the college produced Mr Obed Ntow as the overall best graduating student from the Kwame Nkrumah University of Science and Technology terminal examination among the 13 Community Health Nursing Colleges in Ghana.

The Principal added that 12 candidates from the college, comprising nine females and three males also obtained distinction in the 2020 examination conducted by the NMC.

He said the revived stakeholders associated had constructed a CHPS compound, a new modern canteen and a 10-seater water closet toilet facility for the college which were inaugurated by the deputy health minister.

Mr Abekah Baah made a passionate appeal to the Ministry of Health, non-governmental organisations and well-to-do individuals to help replace a 33-year old 32-seater civilian bus donated by the Japanese government in 1989 which often broke down whenever it was conveying students for practical assignments outside Oda.