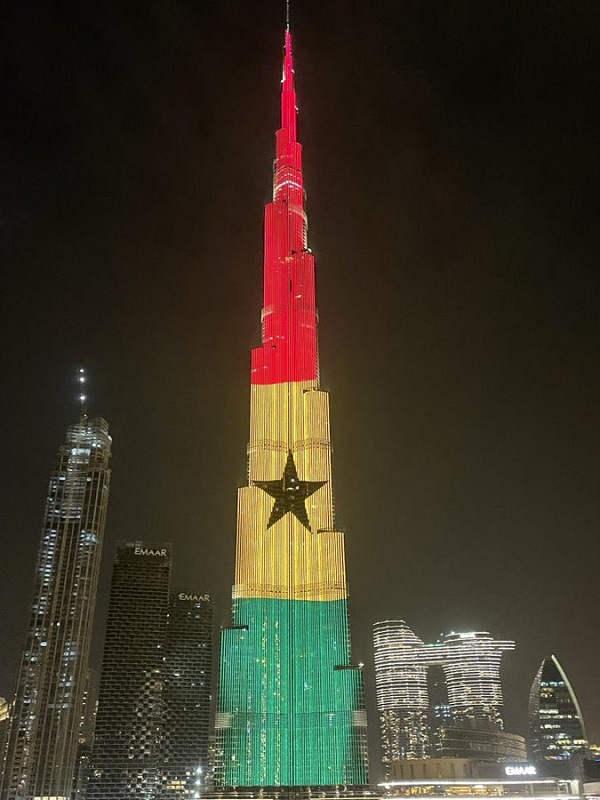 The Ghana Investment Promotion Centre (GIPC) has debunked media reports which suggested that the government paid to have the country's flag lighted upon the world's tallest building in Dubai, United Arab Emirates.

In a press release, the GIPC said the owner of the imposing Burj Khalifa building decided to place Ghana's flag on the building to honour President Akufo-Addo who was in the country for the Dubai Expo.

"In no uncertain terms, the owner of Emaar Properties, Dubai, decided to place our national flag on the Burj Khalifa for free as a gesture of goodwill and to honour Ghana and His Excellency, President Nana Addo Dankwa Akufo-Addo, during the Ghana Day Celebration to culminate our participation in the Dubai Expo.

The GIPC also expressed gratitude to the United Arab Emirates for their hospitality during the Dubai Expo.

"We entreat the general public to disregard the allegations. We proudly express our appreciation to the rulers and people of the United Arab Emirates for their warm hospitality and goodwill to our delegations during the Ghana week".

It costs almost $70,000 to put up a promotional advertisement or message on the facade of Burj Kalifa, which has been the tallest structure and building in the world since its topping out in 2009, supplanting Taipei 101, the previous holder of that status.