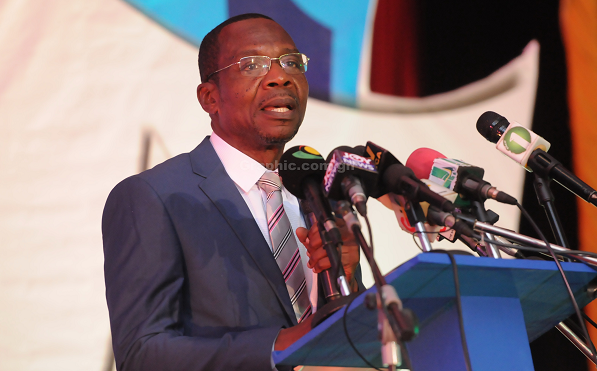 The Ghana Journalists Association (GJA) is working to secure a bargaining certificate to push for better conditions of service and decent remuneration for journalists, the President of the GJA, Mr Affail Monney, has hinted.

Mr Monney made the remarks in an interview with the Daily Graphic at the opening of a two-day regional stakeholder forum on Media and Democratic Governance in West Africa, organised by the Media Foundation for West Africa (MFWA) in Accra yesterday

“In response to the poor conditions in which journalists work, the GJA went in for a union certificate so that the association becomes a union. What it means is that the association now has the legal power to serve as an intermediary between members and their employers.

“But we also need a bargaining certificate that will empower us to dictate how much journalists should take home at the end of each month,” Mr Monney said.

He gave the assurance that the GJA would continue to engage the government to provide stimulus packages for media institutions hit hard by the COVID-19 pandemic.

He said the working conditions of journalists had worsened due to the impact of the COVID-19 pandemic on the finances of media institutions in the country.

“Our strength lies in unity so let’s come together and leverage our strength to fight for bargaining power so that journalists will receive compensation commiserate with the nature of their work,” he said.

The forum was attended by media practitioners, civil society organisations and other stakeholders. They discussed issues affecting the media, governance and issues on democracy in West Africa.

The meeting will develop an action plan to serve as a guide for engagement with the Economic Community of West African States for the strengthening of press freedom, media development and democratic governance in West Africa.

The Executive Director of the MFWA, Mr Sulemana Braimah, said the gains made in safeguarding media freedom and democratic development in West Africa were fast eroding.

He said journalists in the West African region continued to suffer repression and attacks, making their work more difficult and dangerous.

“State institutions are being bastardised, freedom of expression is not in the best of shapes, as journalists continue to exhibit fear. Those who suffer violations are left without justice,” he said, and called on all stakeholders to come on board to tackle the problem.