GJA to Police: Get to bottom of death threat to Manasseh Azure 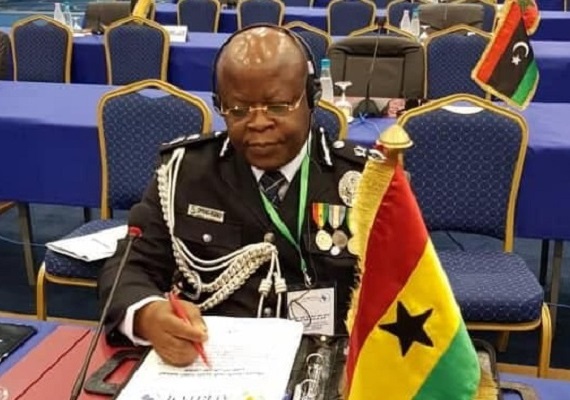 The Ghana Journalists Association (GJA is demanding of the Ghana Police Service to investigate, arrest and prosecute as swiftly and decisively as possible, anyone behind death threats to freelance investigative journalist, Manasseh Azure Awuni.

Manasseh says he received the threat, the latest in what has virtually become a routine, via email on Christmas Day in which the author serves notice that he will be eliminated, and that he was “lucky to still be walking a free man.”

The insipid letter warns in part; “Let me tell you Manasseh or whatever you call yourself, we the good citizens of Ghana will not sit down for a few miscreants like you to destroy that beautiful country. If condition demands that we eliminate rats like you, we will not relent on our oars to do exactly that.

“We are monitoring the present situation in the country very closely, and when it gets out of hand we shall move in swiftly to ensure that we eliminate you to bring finality to these brouhaha going on.”

The threat comes a day after Manasseh published an opinion piece on the recent general election in Ghana he titled “ERRORtoral” Commission and Akufo-Addo’s coup d’état.

In a statement issued by the GJA and signed by its General Secretary, Edmund Kofi Yeboah, the journalists’ umbrella body asks the police to provide adequate security to Manasseh and other journalists across the country who have similarly received death threats.

The GJA also called on President Nana Akufo-Addo as the “Commander-in-Chief of the Ghana Armed Forces, to condemn the death threats against journalists and give a firm assurance about their safety and security”.

The GJA also called on the National Peace Council, political parties, civil society organisations, religious organisations and all well-meaning Ghanaians to roundly condemn the death threats issued against Manasseh and other journalists in the country, describing the threat of death as a “barbaric contemplation, machination, orchestration, plot and scheme, whether individually inspired or collectively conspired, to kill a journalist for discharging a lawful mandate guaranteed by the 1992 Constitution of the Republic of Ghana.”

The association said “Given the growing dearth of tolerance in our body politic and penchant by some people to resort to brutality especially against journalists; given the reference to the gruesome murder of Ahmed Suale made by the threator to inform Manasseh about the fate that awaits him anytime he picked his pen to write, and given the fact that the evil-minded person issued the death threat against Manasseh on Christmas Day, a day that marks the celebration of life of Jesus Christ, the Savior, and on which day goodwill abounds from mankind, this barbaric act of intent must be put to death by getting to the bottom of it and dealing with the culprit decisively.”