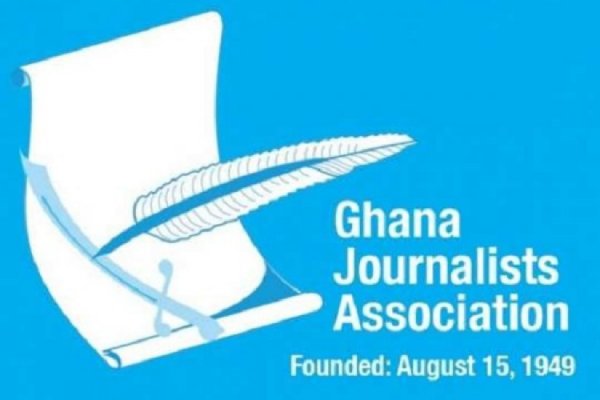 The Election Committee of the Ghana Journalists Association (GJA) has opened nominations for its national elections. The nominations will close on April 27, 2021, at 5 pm.

The GJA in a press release informed its members that nomination forms "may be obtained from the GJA website: www.gjaghana.org".

It added that filing fees "should be paid into the GJA's Account at the National Investment Bank (NIB), Osu Branch, Accra.

GJA to Police: Get to bottom of death threat to Manasseh Azure

Do not promote secessionism - GJA to media

Positions to be contested and filing fees are;

All other Regional/Branch positions - GHC 800

Read the GJA press release below; 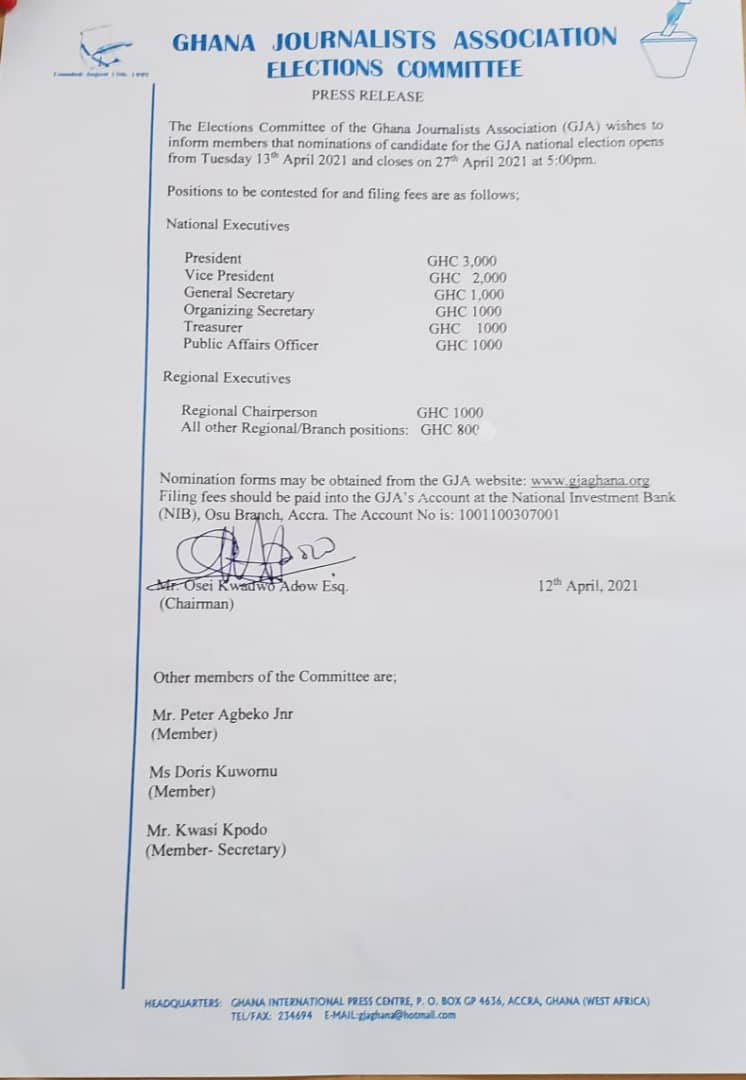