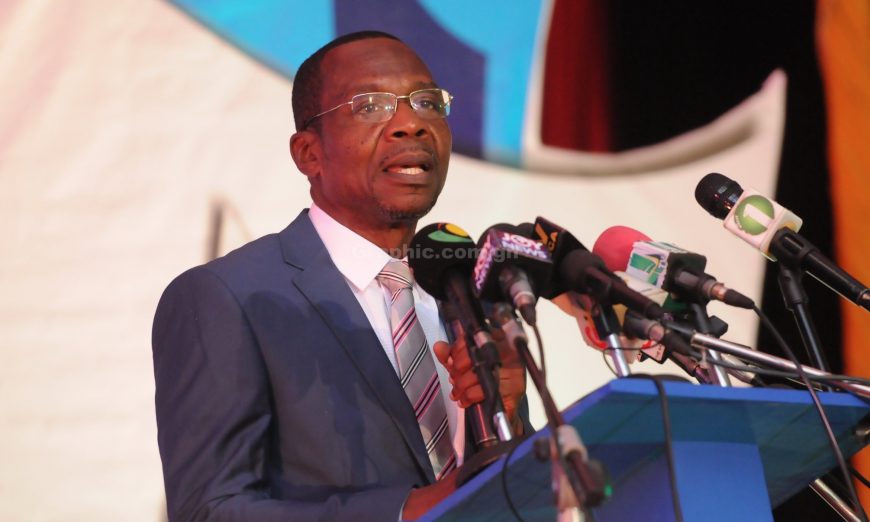 The Ghana Journalists Association (GJA) has condemned the alleged assault of two journalists in the line of duty by soldiers in separate incidents.

The first incident is said to have happened in the Greater Accra Region last Friday, April 10, and involved a TV Africa reporter, Samuel Adobah.

The second incident which occurred on April 5 in the Ashanti Region involved a correspondent of Deutsche Welle, Yussif Abdul Ganiyu.

A statement signed by the General Secretary of the GJA, Mr Kofi Yeboah, described the assaults as “unprofessional, brutish, barbaric and a blot on the image of a military institution held in high esteem in peacekeeping operations across the world.”

The GJA is therefore urging the military authorities to “fish out the culprits for sanction.”

It also called on the Ghana Police Service to investigate the two cases and bring the culprits to face the full rigors of the law.

The Ghana Journalists Association (GJA) condemns in no uncertain terms the alleged assault of two journalists in the line of duty by soldiers in separate incidents, one in the Greater Accra Region and the other in the Ashanti Region. We find the actions of the soldiers unwarranted, arbitrary and barbaric. We, therefore, call on the Military Authorities to immediately investigate the two incidents and bring the culprits to book.

The first incident, which happened at Olebu in the Ga Central Municipality in the Greater Accra Region on Good Friday, involved a TV Africa reporter, Samuel Adobah, who had gone to a fire scene around 10:30am on that fateful day for coverage. Upon arrival on the scene, and realizing that the Ghana National Fire Service (GNFS) had not arrived yet, he called a colleague reporter at Adom FM to make an announcement on air to the GNFS for help. That initiative, obviously, demonstrates that Samuel Adobah is not only a journalist interested in news but also a good citizen interested in saving life and property.

According to the reporter, 15 minutes after calling his colleague at Adom FM, personnel of the GNFS arrived to fight the fire whereupon he decided to video the fire-fighting operation. He said about five soldiers arrived on the scene to disperse the crowd in line with the President’s lockdown directives. Whilst videoing the fire-fighting operation, one of the soldiers accosted the reporter but upon showing his identity (ID) card, he (soldier) allowed him (reporter) to carry on. However, a few minutes later, another soldier approached Samuel Adobah from behind and without any provocation, slapped him, sending him sprawling on the ground. Whilst lying helpless on the ground, the soldier followed up with several kicks at the reporter and also seized his mobile phone, put it on the ground and stamped on it several times to crash the devise. Samuel Adobah said after the assault, his assailant, who he identified as Damfour, and the other military officers jumped into their ‘Operation Calm Life’ branded vehicle with registration number 49 GA 68 and sped off. Samuel Adobah has since reported the matter to the Anyaa Police Station and is also seeking medical treatment, having suffered bodily harm from the assault.

The second incident, which occurred at Akrem in the Asokore Mampong Municipality in the Ashanti Region, involved a correspondent of Deutsche Welle, Yussif Abdul Ganiyu, who was assaulted by a military officer on April 5, 2020. While conducting an interview outside St Patrick Hotel, Yussif Abdul Ganiyu was assaulted by a military officer identified as 2nd Lt Betrot Ampoma, for no just reason.

The GJA finds the assault by the soldiers against the two journalists in the line of duty highly unprofessional, brutish, barbaric and a blot on the image of a military institution held in high esteem in peacekeeping operations across the world. It is in this light that we urge the Military Authorities to fish out the culprits for sanction in order to redeem its image from the damage caused by the unprofessional conduct of the soldiers in question. The GJA has already been in touch with the Military Authorities who have given assurance to deal with the matter.

We also call on the police to investigate the two cases expeditiously to bring the culprits to face the full rigors of the law. It is unfortunate that the latest incident happened barely 24 hours after the President had delivered his broadcast to the nation on COVID-19 Update 6 in which he called on the security agencies enforcing the law on lockdown to refrain from human rights abuses. We appeal to the President, as the Commander-in-Chief of the Ghana Armed Forces, to denounce the unprofessional conduct of the soldiers and ensure that they are duly sanctioned. Meanwhile, the GJA is exploring legal options to find justice for the journalists.

We wish to reiterate that in a democratic dispensation, the rule of law must prevail and be upheld at all times over the rule of brute, and so under no circumstances must the latter be countenanced. Inasmuch as we appreciate the role of the security agencies in enforcing the law, particularly the lockdown directives by the President, enforcing the law in its breach is rather ridiculous. There are better and more civil ways to enforce the law on lockdown than the resort to brute.