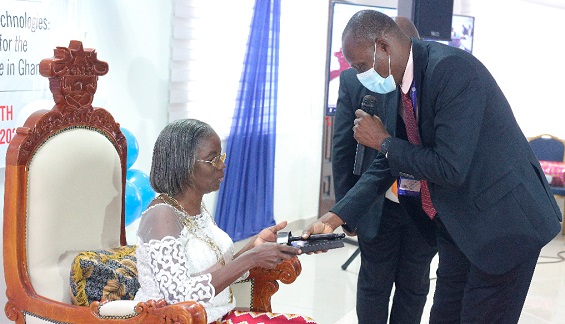 The Ghana Institution of Surveyors (GhIS) has elected Mrs Rosemargaret Esubonteng as its new President.

The election was held during the institution’s 17th Surveyors’ week celebration and 53rd Annual General Meeting in Accra.

Mrs Esubonteng’s journey as a surveyor began in 1987 when she joined as a probationer.

In 1989, she was admitted as a professional member and was elevated to the category of Fellow in 1999.

She has been serving on the Governing Council of the GhIS since 2010, and later became the Chairperson of the Quality Surveying Division from 2013 to 2016, making her the first woman to hold that position.

During the period, she led strategic moves of strengthening the quality of the Surveying Division’s regional presence in the country, as well as highlighting globalisation and ICT for quality surveyors.

Mrs Esubonteng has also been a council member of the Africa Association of Quantity Surveyors since 2013, and is currently the Vice-President of the association for the Western Region of Africa.

Mrs Esubonteng thanked the members of the institution for the confidence reposed in her.

She also acknowledged her predecessors, saying she had learnt a lot from them.

“I have thoroughly enjoyed my journey in the institution which has given me some relationships I cherish. At the professional level, I have collaborated with some Menes and benefited from knowledge acquired through participation in continuing development programmes,” she said.

She noted that the institution played a very vital role in today’s world, indicating that its members provided services from the beginning to the end of the construction life cycle.

Throughout its years of existence, Mrs Esubonteng said, members of the institution had chalked up successes in different areas such as contributing to national policies, holding high offices in both public agencies and private companies, as well as other allied professional institutions.

As professional surveyors, she said it was important that they became visible throughout the country by making their mark and taking leading roles in development.

She said areas of national concern such as value for money, challenges with land ownership, property development and management across the country were yearning for the output of the members.

She, therefore, urged many more surveyors to acquire skills and competencies in those areas.

Mrs Esubonteng noted that some challenges facing private practice included remuneration for their services and attribution of professional surveyors.

That, she said, called for a current study into the factors, an investigation for possible mitigation solutions and any resulting advocacy.

“Indeed, being relevant in our time calls for us meeting the needs of the time and being adept at what we do,” she said.

She urged the surveyors to consider how to become an institution that defined the best course of action for themselves as they entered into the future.