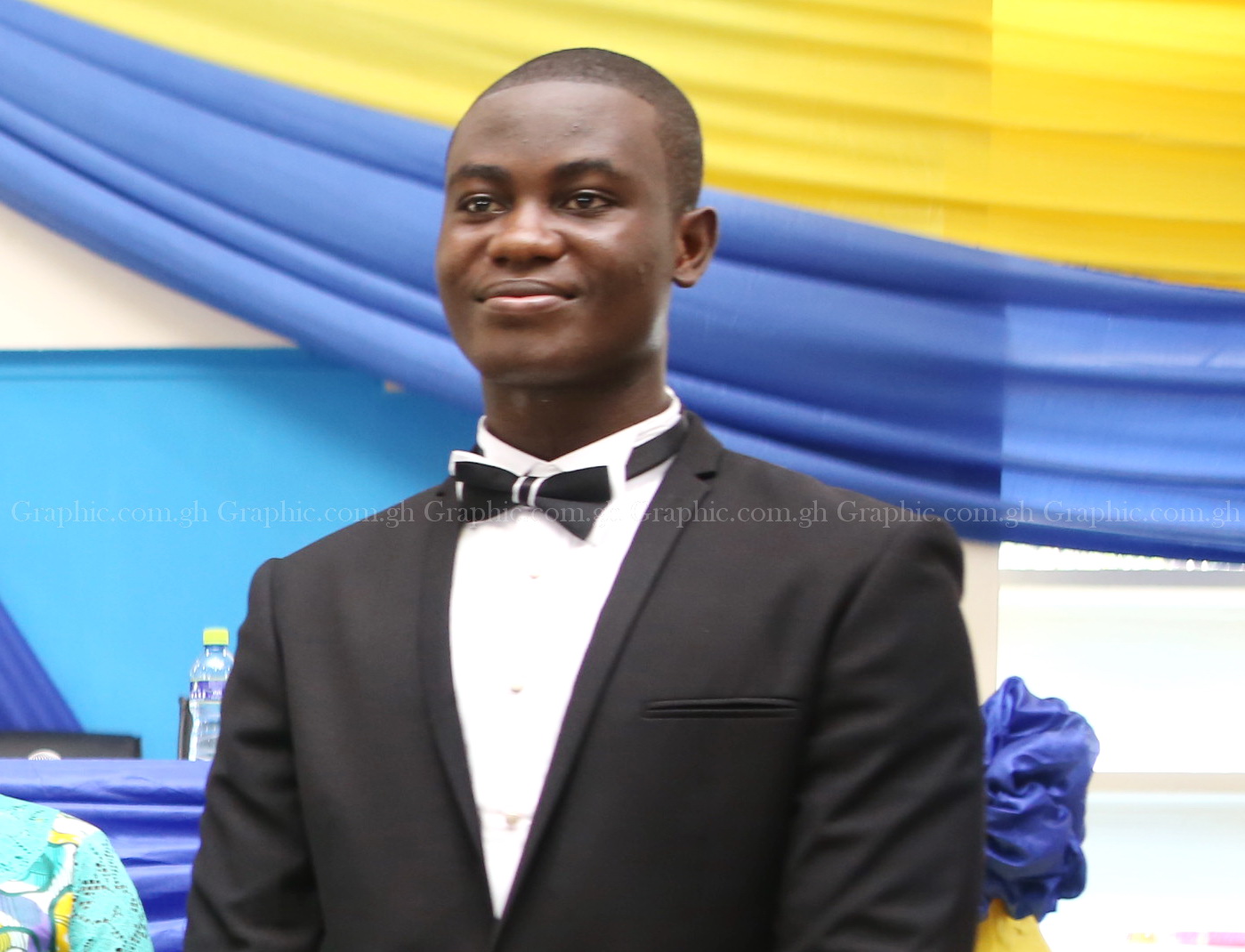 A Ghanaian student, Master Pius Kyere of the St James Seminary, Sunyani, has been adjudged the Overall Best Student in West Africa.

This is because he came tops in the 2016 West African Senior School Certificate Examination (WASSCE) for school candidates.

Master Kyere, the fifth successive Ghanaian student to top the West African Examinations Council (WAEC) awards, was presented with his prize at the annual WAEC Excellence Awards at the Sakyi Asare Menako Hall in Accra Wednesday.

He was honoured along with two senior high school (SHS) graduates — Master Benjamin Bortey Sango, formerly of Accra Academy, and Master Richmond Kwame Mensah, formerly of the St James Seminary, Sunyani — who were adjudged the best in West Africa and Ghana.

All the three awardees, who are pursuing courses in the various tertiary institutions, were presented with cash prizes, plaques and certificates.

The WASSCE is written by students from Ghana, Nigeria, Liberia, The Gambia and Sierra Leone.

Last year, Ghana swept all the three topmost prizes at the WAEC Excellence Awards, with all the three awardees being former students of the Wesley Girls’ High School, Cape Coast.

Apart from citations and plaques for their schools, the awardees had cash prizes of $600, $500 and $400, respectively.