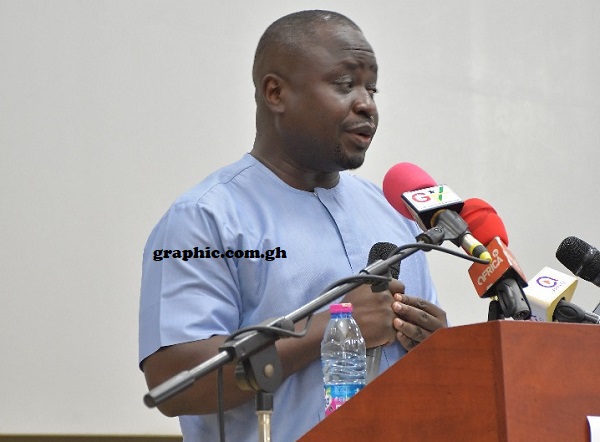 A novel survey that seeks to provide internationally comparable measures of corruption and support the implementation of policies to achieve Sustainable Development Goal 16.5. (substantially reduce corruption and bribery in all their forms) has been launched by the Ghana Statistical Service (GSS) in Accra.

The Ghana Integrity of Public Services Survey, a collaborative effort between the GSS, Commission for Human Rights and Administrative Justice and the United Nations Office on Drugs and Crime (UNODC) is scheduled to start on December 12, 2021, and interview 15,000 respondents nationwide.

Some of the data to be collected from the survey include the incidence, frequency and characterisation of bribery and corruption in both public and private services, awareness and effectiveness of Anti-Corruption Agencies, crime, feelings of security and access to justice.

The majority of the 400,000 euro funding of the project is being supported by the German government through the UNODC.

The Government Statistician, Professor Samuel Kobina Annim in his keynote address to prospective field officers charged them to display a high level of integrity when they go into the field to conduct the survey.

He said the survey would also investigate the gender dimension of corruption as well as explore evidence to back anecdotal claims of sexual favours being sought in the course of engaging public or private officers.

He said previous surveys conducted by the Statistical Service such as the Ghana Living Standards Survey (GLSS) would provide benchmark data for the survey.

He cited evidence from surveys such as the GLSS 7 - Module on Governance, Peace and Security which indicated about 3 in 10 (28.2%) of respondents had experienced in at least half of their engagement with public officials the payment of unauthorised money for delivery of service ranging from 51.6% in the Central Region to 11.5% in the Volta Region.

Professor Annim urged the trainees to be ethical, sensitive, and skilful in the discharge of their duties and to let passion, psychology, and preparedness embody their work.

Assuring the field officers that their incentives would be higher than in previous surveys, Prof Annim disclosed that the survey results were expected to be made public mid-2022.

He ended by informing trainees about the checks and balances put in place to ensure that quality data is generated from the exercise.

A total of 140 field officers will be selected to serve as enumerators of the survey after a four-day training exercise which runs between Tuesday, December 7, 2021, and Friday, December 10, 2021.

The Deputy Commissioner of CHRAJ, Mr Richard Quayson in his remarks discussed the importance of collecting data on corruption in Ghana and the need for the survey to establish the reality behind the perceptions of corruption and answer some of the swirling questions around corruption in Ghana.