Ghana should not be counted among poor nations – Orgainsed Labour

Organised Labour has painted what it says is the unacceptable reality of the majority of Ghanaian workers today and wants President Akukfo-Addo to lead in restoring the country to its glorious self.

Labour says because of a high probability of destitution for the aged, it is becoming a curse to grow old in the country blessed with so much resources, with too many workers receiving slave wages and yet working under dangerous and inhumane conditions, while good healthcare and affordable housing are simply out of the reach of most.

Even clear case health conditions needing expert attention are careered off health institutions in favour of uncertified but affordable unorthodox practices, and all these point to the fact that as a country, we have mismanaged our economy and resources.

Addressing the 2017 May Day national parade in Accra, held on the theme “Ghana @60: Mobilizing for Ghana’s Future through the creation of Decent Jobs”, Dr. Yaw Baah, Secretary General of the Trades Union Congress on behalf of Organised Labour said life has now become something for many to endure because they lack the basic necessities to enjoy it.

“Ghanaians in some parts of our country still share water from guinea worm infested ponds with their cattle, their sheep, their goats, their chicken, their pigs and dogs. A significant number of Ghanaians sleep in the streets because they have no homes to go at night after a hard day’s work.”

He said out of frustration, some youth try to reach Europe through dangerous routes where many of them meet their deaths.

“As a nation, we have done quite well in nurturing our democracy to this point, where we have managed to conduct seven general elections peacefully. At least we have kept ourselves together as a nation and in peace. In spite of our challenges we are still a model of democracy in Africa, but the bitter truth is that we have failed in economic management.” 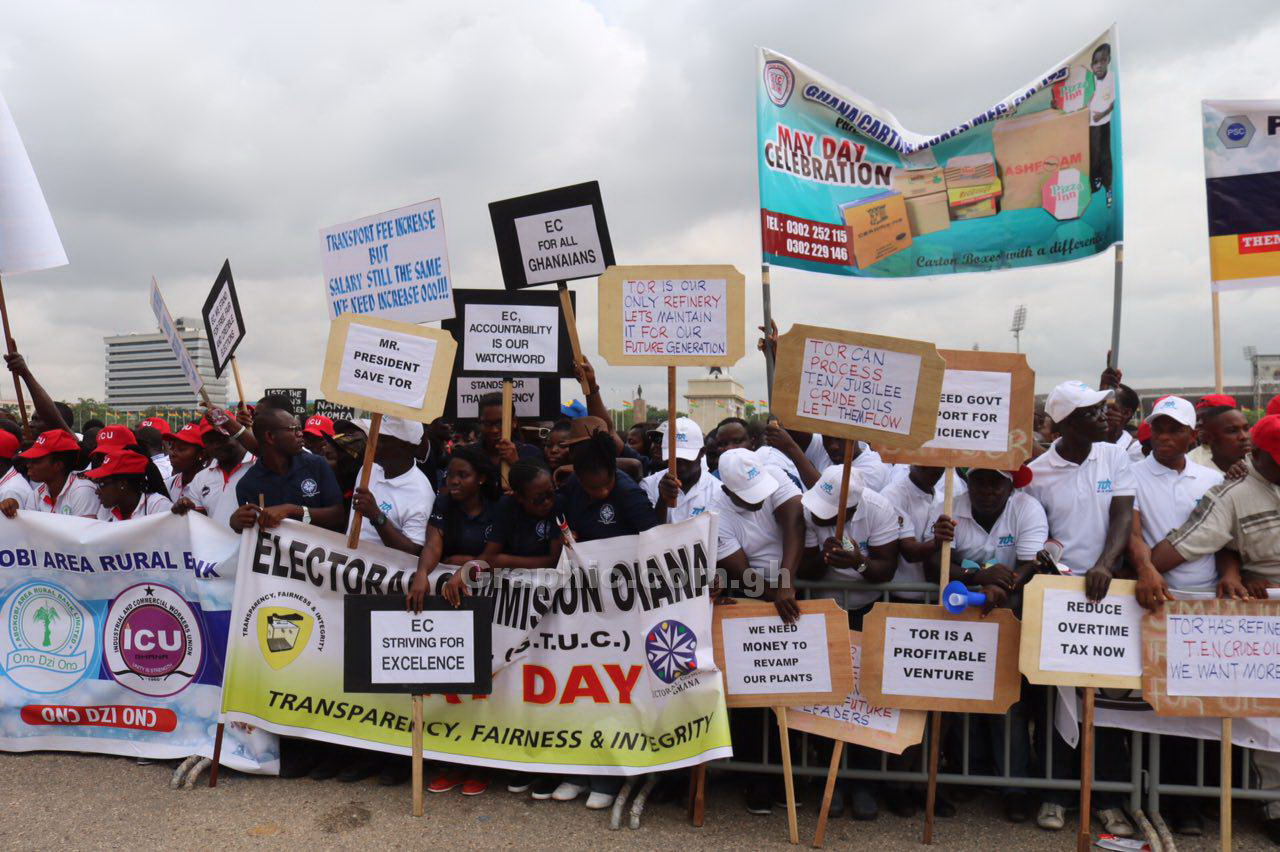 He said this sad situation should not be the lot of Ghanaians.

He said many are Ghanaians who have lost hope of the future and no longer knowing what to expect of the future, however it is never too late to develop and to chart another path as we now have another opportunity to steer clear of poverty, hopelessness and vulnerability, “a path that will lead us to a great future full of hope and prosperity for ourselves, our children and our children’s children.

“Mr. President, we are counting on you to lead us into this future. We in organized labour will like to pledge our support for you and your government, together with businesses, in the true spirit of tripartism and social partnership, guided by the principles of mutual respect. We can achieve faster growth and create decent jobs for Ghanaians. We believe that you can lead us out of poverty and restore hope to all Ghanaians.”