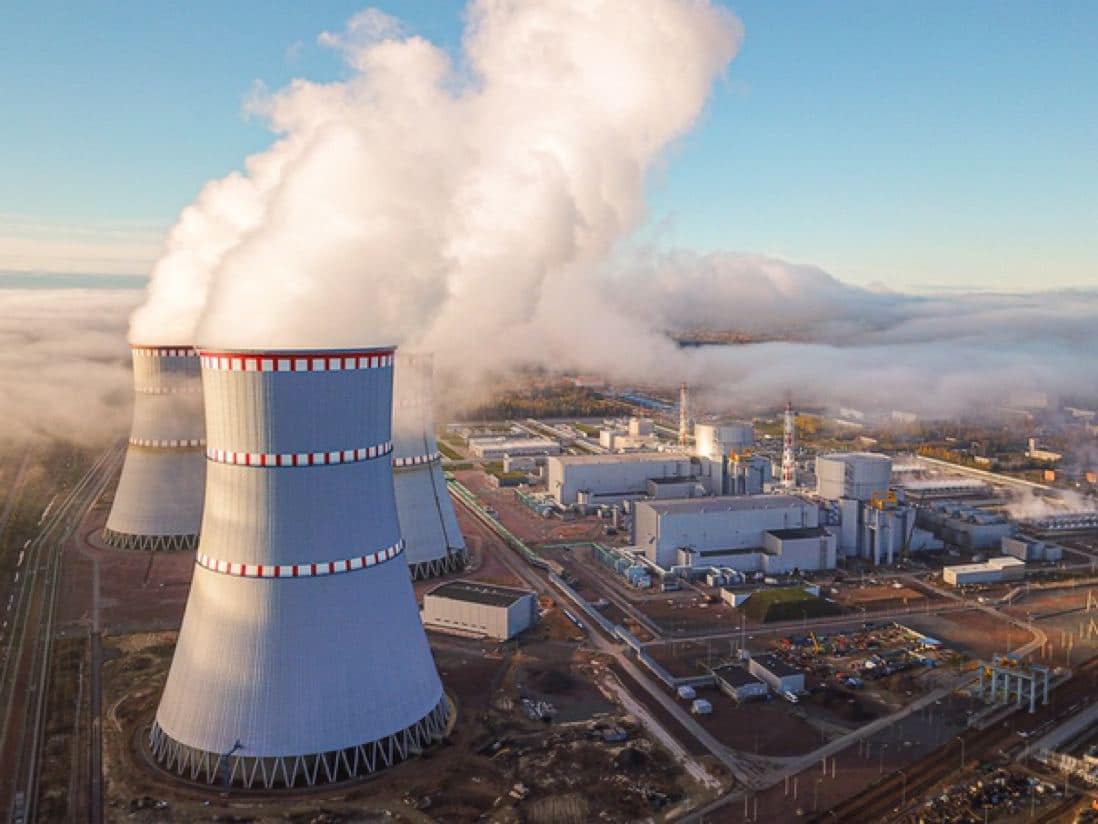 Ghana's efforts to generate power from nuclear technology has reached an advanced stage, with the initial engagement of vendor countries through their respective embassies in Ghana.

The selected vendor will work with Ghana's proposed owner-operator for the construction of the power plant, in accordance with the country's specifications and other technical considerations.

The search for a vendor, which is being done with support from the Ministry of Energy, is one of the critical milestones in phase two of Ghana's Nuclear Power Project, as activities of the first phase have been completed and a comprehensive report delivered to the government.

This came to light when high-level officials from Nuclear Power Ghana (NPG), the proposed owner-operator, accompanied by the Director-General of the Ghana Atomic Energy Commission (GAEC) and Vice-Chair of the Ghana Nuclear Power Programme Organisation (GNPPO), Professor Benjamin Jabez Botwe Nyarko, held a meeting with the Editor of the Daily Graphic, Mr Kobby Asmah.

Present at the meeting were the Deputy Director of the Nuclear Power Institute of GAEC, Dr Archibold Buah-Kwofie; the General Manager of the GNA, Mr Albert Kofi Owusu; the Director, Editorial at the GNA, Mrs Beatrice Asamani Savage, and Norbert Asenso, also from GNA..

The Executive Director of the NPG, Dr Stephen Yamoah, throwing light on the project, said a comprehensive assessment had been conducted across the country for the most suitable place to site the first nuclear power plant, saying the assessment had been narrowed down to four candidate sites.

In line with basic assessment, seismic equipment was being installed at the candidate sites, while additional required studies were being undertaken by considering a host of factors, including hydrological, meteorological, geotechnical, human-induced factors, among others, he said.

Dr Yamoah said the nuclear effort, which started in the 1960s, had suffered many setbacks mainly due to public misunderstanding of the sector after the overthrow of the first President, Dr Kwame Nkrumah, and the report by Sir Cockcroft, who reviewed Ghana's nuclear programme in the 1960s.

For instance, he explained, although power generation was the bigger goal for Ghana's nuclear energy programme, as set out by the first President, nuclear science and technology was already being applied in many sectors of the Ghanaian economy, including for food safety and preservation and in the health sector.

The GNPPO was, therefore, embarking on a nationwide sensitisation to explain the technology to the public to allay misconceptions and the fear, he said..

Prof. Nyarko, who set the tone for the discussions, explained that a national nuclear programme took time to build because of the tall list of international requirements to be met, as well as the preparation towards the roll out..

He said Ghana had now met 12 out of 17 international nuclear conventions, saying those were the conventions necessary for take-off, with the rest being worked on..

The director-general lauded the media for their coverage of nuclear power-related issues, observing that in most countries, media reports on the issues were negative..

“But in Ghana here, they have been very good. We want the collaboration to continue,” he said..

Prof. Nyarko said public acceptance was one of the major challenges confronting the programme, hence the need to engage the media to disseminate information on the need for Ghana to generate electricity using nuclear technology.

Reacting to some of the misconceptions about the programme, Prof. Nyarko said nuclear waste and leakages, which were often cited as risk factors, were rather easy to manage because they were handled by specialists trained for that, and not by the usual waste management companies.

On job creation, the Director-General of GAEC said nuclear engineers constituted about 10 per cent of the workforce, with the remainder being professionals from 35 specialities.

He, therefore, gave an assurance that job creation would not be limited to one class of professionals.

The meeting was to seek the support of the Daily Graphic and its sister newspapers to sensitise the public to nuclear energy and how it will help Ghana's development.

The NPG had earlier signed an agreement with the Ghana News Agency (GNA) for the establishment of an Energy Desk, support the NPG is ready to offer the Daily Graphic.

The Communications Manager of the NPG, Ms Bellona-Gerard Vittor-Quao, stressed the importance of power from nuclear sources, saying reactors were more reliable for power production, as the plant could stay on for up to 18 months before they would be shut down for maintenance.

She noted that Ghana had relied on hydro and thermal generators over the years, but with the industrialisation agenda, there was the need for a second base load power plant, hence the need for nuclear energy.

Ms Vittor-Quao added that the programme had taken all the needed precautions with regard to safety and security, adding that the VRA had sponsored the training of about seven engineers in nuclear engineering.

She said while the programme progressed, her outfit was also embarking on an exercise to deepen engagement with key stakeholders and the public.

She, therefore, appealed to the Daily Graphic to establish an Energy Desk to deepen its reportage on energy news, explaining that reporters on the desk would be trained as part of the partnership on nuclear power.

Mr Asmah said it was depressing that the conversation on nuclear power had not got to the level it should have.

“It means along the line something really went wrong. I am very happy that we are trying to correct that wrong that took place over the period,” he stated.

Mr Asmah gave an assurance that the Daily Graphic was willing to partner the nuclear programme to ensure that the facts were well presented to clear any doubts about the new project.

“I believe when all of us are on the same page when the nuclear story is being told, we can also attract the needed finances,” the Editor said.

The GAEC was established by an Act of Parliament (Act 204) in 1963 for the promotion, development and utilisation of the peaceful application of nuclear techniques for the benefit of Ghana.

In pursuance of those objectives, the commission has established institutes under which the research activities are carried out.

On the other hand, the NPG is the project organisation set up in September 2018 to manage Ghana's first Nuclear Power Project.

It has been designated to be the eventual owner and operator of Ghana's first nuclear power plant.

The NPG was established with staff seconded from the Volta River Authority (VRA), the Bui Power Authority (BPA) and the GAEC.

In July 2019, the NPG was duly registered under the Companies Code of Ghana as a limited liability company.

In view of the fact that the nuclear power programme is a national venture, the NPG works closely with several external organisations, such as the Environmental Protection Agency, the Association of Ghana Industries, the Ghana Grid Company, the Ghana Institution of Engineering, the Energy Commission and other state agencies, to achieve the objectives of the nuclear project..