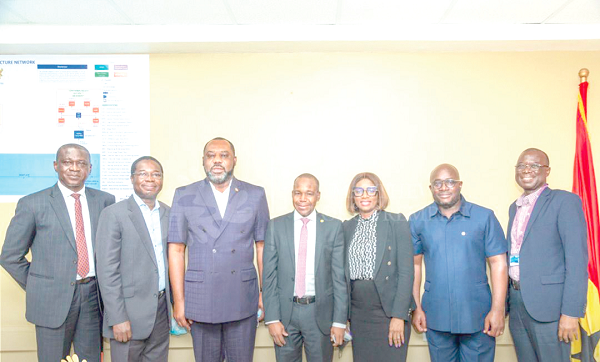 Ghana has settled the $42 million debt it owed Nigeria Gas Company (N-Gas), making it possible for the two countries to start on a fresh page.

The settlement of the debt, among other things, enhances the country’s quest to use clean fuel for its power generation and gives the two countries an opportunity for further discussions going forward.

The Chief Executive Officer (CEO) of N-Gas, Mr Aliyu Aminu, said settling the debt was a testament of the Ghana government’s commitment to deepen its long-standing relationship with the company and Nigeria.

At a meeting with Ghana’s Energy Minister, Dr Matthew Opoku Prempeh, Mr Aminu commended the leadership of the minister, saying, “Since he took office in March, the Nigerian petroleum company has experienced a deeper collaboration with the Ministry of Energy.”

He said it was a great relief that N-Gas’ debt of $42 million had finally been settled, adding that “We are confident the relationship between Nigeria Gas and Ghana would continue to thrive under your tenure as minister.”

For his part, Dr Opoku Prempeh expressed the government’s commitment to key partnerships with all stakeholders and that the Ministry of Energy was resolved to work assiduously in that direction.

“The payment of this legacy debt was crucial because it provides the basis for a clean state for fresh negotiations which are scheduled to take place in the coming weeks,” Dr Opoku Prempeh noted.

He expressed the hope that the current synergy was a sign of good future between Ghana and Nigeria with regard to gas and its role in Ghana’s development, the minister urged N-Gas to continuously improve the reliability and integrity in their service delivery.

The accumulation of the debt owed N-Gas started in 2014 due to the inability of VRA to pay the company.

However, in 2017 through strategic government intervention programmes such as ESLA, tranches of payments were made to the company.

Ghana at the Committee of Ministers meeting in Lome, Togo, in December 2020 made a commitment to settle the remaining debt this year and, therefore, on the back of that, on assumption of office, Dr Opoku Prempeh ensured full payment was made.