PIAC calls for dialogue on NHIS 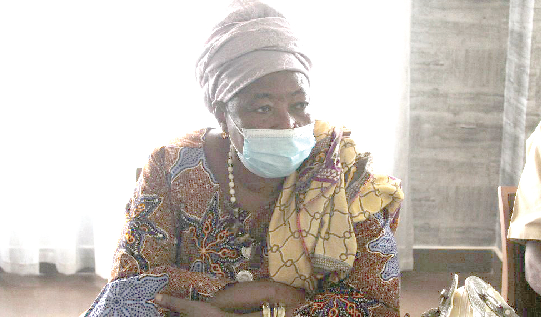 The Public Interest and Accountability Committee (PIAC) has called for a national dialogue on the inclusion of the National Health Insurance Scheme (NHIS) in the allocation of petroleum revenues.

In the view of PIAC, which was articulated by a member of the committee, Hajia Kansawurche Bukari, funding at least the primary health care portion of the scheme would strengthen it and enable more people at the bottom of the pyramid, especially those in rural and deprived communities, to access primary health care for free.

According to the committee, the delay in releases to fund the NHIS was forcing many facilities to prescribe medications, including those covered under the scheme, for patients to buy.

Hajia Bukari, who represents queenmothers on the committee, said similar to the funding of the free senior high school (SHS) policy with oil revenue, funding for the primary health care, which covered majority of people under the poverty line, should also come from the annual budget funding amount (ABFA), the portion of oil revenue that directly supported the health budget.

She made the call when PIAC interacted with selected editors and senior editors to apprise them of its latest report and how the media could help put the issues on the front burner.

The Technical Manager of PIAC, Mr. Mark Agyeman, who presented a paper on the ABFA portion, said although the sector had been chosen as a priority area since 2017, it had received paltry allocations.

For the three years when it became a priority area, total funding of the health sector with oil revenue amounted to GH¢68.2 million, representing 2.8 per cent of the total revenue channeled into ABFA for the three years, he said.

“In addition to previous paltry allocations since 2011, it brings the total ABFA funding to the health sector to GH¢77.70 million, out of the total ABFA utilisation of GH¢5.74 billion, representing 0.76 per cent,” Mr. Agyeman added.

The PIAC also raised issues with the GH¢1.5 billion unutilised ABFA allocations for the last three years that had not been used but remained unaccounted for.

Mr. Agyeman rejected the Ministry of Finance’s explanation that the projects the funds had been budgeted for were programmes that had not reached the financial stage for disbursements.

“But we are saying that this is not proper planning. With the experience of the ministry, one would expect that if a project would take a year to do procurement and awarding, then a budget should be made for that process in the following year, so that more funds would be available for other projects.

“We have thousands of ABFA projects out there that have stalled because of lack of funds and this makes it difficult to keep proper track and monitor,” he said.

The manager also called on ministries, departments, and agencies (MDAs) to do well to return unutilised funds and not place them in the Treasury Single Account, where it would be difficult to track.

For his part, the Chairman of PIAC, Mr. Noble Wadzah, said not spending portions of the petroleum revenue fund allocated to the budget was a worrying trend, adding that “it is a clear beginning of how we are gearing towards the resource curse”.

He said the only way the people would have a feel of oil-related development projects was for the funds to be utilised.