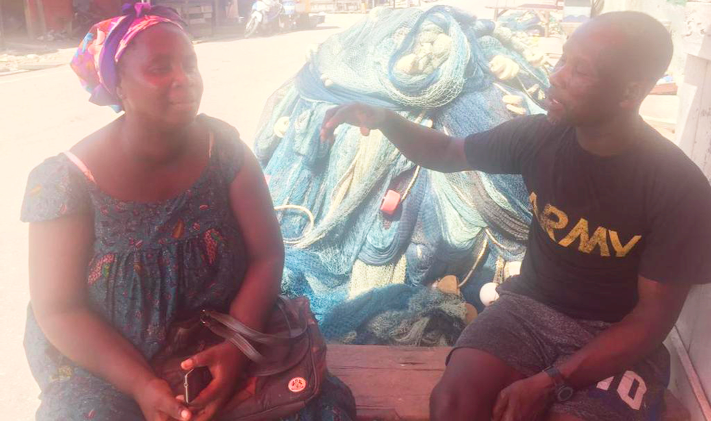 Esi Tawiah (left), a canoe owner at Elmina, discussing issues with Uncle Ato, one of her crew members
30.5k Shares

They have “strong foreheads”. They are often fearless and firm. They don’t go to sea but they cannot be ignored in the artisanal fisheries management.

They are women financiers and canoe owners in the fisheries industry and they want intensified education on gender-based violence, to help them effectively seek redress when faced with such challenges in their line of work as financiers and managers in the artisanal fisheries sector.

They have also called for financial literacy and management lessons and training to keep their investments safe and profitable.

It is a known fact that women do not go fishing traditionally. Not yet.

Indeed, the core work of going to sea is traditionally prohibited for women. Almost a no-go area and this is touted in our sayings, adages and proverbs.

However, women continue to play critical roles in artisanal fisheries management and fish processing along the fishery value chain.

In small-scale fisheries, access to and control over fisheries inputs, credit and other financial support are vital to enable those involved not only survive, but also gain from ongoing developments in the sector (World Bank, FAO, IFAD, 2009).

Despite efforts by relevant stakeholders, development partners and governments through advocacy, the creation of enabling environments and policy incentives to increase accessibility to financial services within the small-scale fisheries sector, the majority of women, especially the marginalised, remain at the bottom of the financial support scale often confronted with difficulties in financing their fish enterprises. 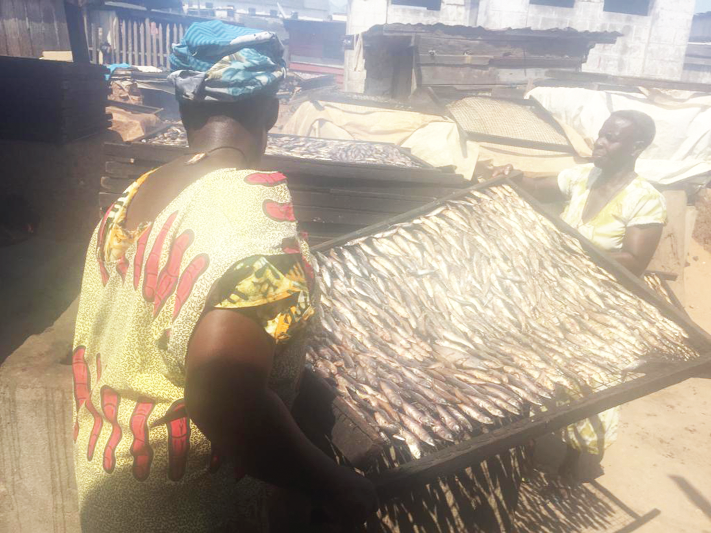 However, some women have gradually worked their way into very significant roles in the artisanal fisheries as canoe owners, financing and supporting the management of artisanal fishermen in many of the country’s coastal communities.

They are canoe owners, accountants and crew managers, making important and significant decisions to ensure the fishing business is smooth.

There are different types of women managers in the fisheries sector. Some of the women own the canoes alone, others jointly with their husbands and engage crew members who take these canoes to sea.

Others are not owners, just financiers who provide the needed money to finance fishing expeditions, including providing money for premix fuel and the maintenance of the fishing gear, including the canoes, outboard motors and nets.

But these women financiers in playing these roles, face challenges that do not augur well for their psycho-social and economic well-being.

Maame Ama (not real name) is not happy that her husband with whom she owns two fishing canoes is not transparent.

She has invested a great amount of money in the fishing business, which the husband, who doubles as her business partner, controls.

Now he is in charge of the two canoes and has not been really transparent with the financial matters.

Recently, Maame Ama’s husband loaned out one of their canoes to his brother without discussing any form of terms with her.

Her every effort to get information on terms agreed on using the canoe had proved futile.

“We agreed that he goes to sea and bring the fish for me to sell and bring the money back to be reinvested into the business but now I don’t know what is going on with the management of the canoe,” she stated. 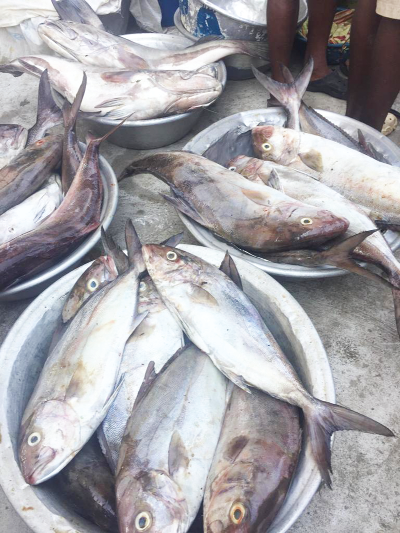 Girlfriend
“Now he has a girlfriend and he divides the catch and gives part of the catch to her to sell and gets angry when I ask about it, just because he is the head of the family,” she stated.

“I also buy premix for the fishing expeditions and yet I don’t have much say on how the money is spent. Now, another woman is enjoying my sweat and it gives me sleepless nights,” she said, adding that similar situations had led to violence in some homes in some coastal communities.

“One day, I went to the girlfriend and seized the catch my husband gave her. It almost turned violent,” she said.

She said gender-based violence was mostly perpetuated against women and urged victims of abuses to report to offices of DOVVSU for redress.

She also urged women to seek knowledge in book keeping to ensure transparency in family businesses which she observed was one key source of domestic violence. 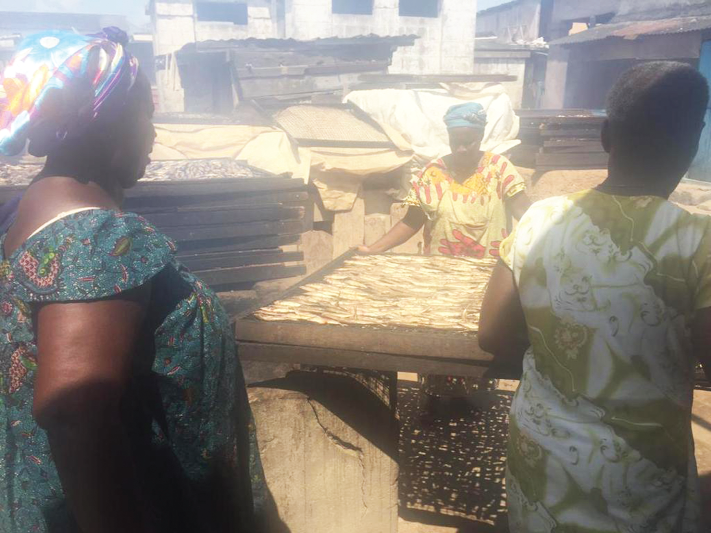 In many coastal communities along Ghana, there are many Maame Amas who continue to suffer in silence.

They don’t know who to tell their stories to or how to handle such cases.

The case is not all gloomy though. Others had positive stories of the resilience of women in the artisanal fisheries to tell and called for education on available support systems.
Esi Tawiah, 47, manages two canoes with a crew of about 30, which she jointly owns with her husband.

“I am good with the book keeping so I manage the book work, the finances and the crew. He employs the crew, I manage them.

Now there is no problem with management because I am transparent as I can be. But we need education on how to manage such conflicts and even conflicts that may arise with the crew,” she stated.

“I have a husband who understands what I do but is not directly involved in what I do. He helps when I need help. We don’t have much problems.

She stated that sometimes if one was unlucky, the boats she worked with might use different ways to get the fish to other women.

Another woman, Maame Araba Anowa Dickson, owns a canoe at Abandze in the Central Region with a crew of about 25.

“Sometimes a crew member would use very unprintable words at you but we take it because they are men and fishermen. Sometimes I wait till all is calm and correct such a person. Sometimes they are repentant at other times they do not care,” she said.

She said chief fishermen had the authority to resolve conflicts at the beaches and noted that they could be properly trained and supported to enhance their conflict resolution skills and to serve as educators along the beaches on gender-based violence.

The role of the Konkohemaa, head of the fishmongers and women in the fisheries, is currently not highly regarded by fishermen and even by some fish processors/mongers. This makes it difficult for them to serve as effective mouthpiece for the women.

The Central Regional Director of the Department of Gender, Richlove Amamoo, indicated that women in fisheries sector continue to be at the receiving end of many forms of violence.

She indicated that many women did not know what constituted abuse and violence and continued to endure abusive relationships without knowing where to seek help.

She stressed that domestic violence and abuse had serious implications for victims, saying the department was working with some coastal communities to sensitise them to sexual and gender-based violence and abuse and where to seek redress.

It is, therefore, a good step that a Women in Fisheries Against Violence (WiFVEs) project has come on stream to remove all forms of violence, especially for women in the fisheries sector.

The WiFVEs project is a three -year effort from 2022-2024 aimed at achieving gender equality in Ghana by advocating against gender-based violence (GBV), abuse and discrimination in Ghana’s marine fisheries sector.

The project, funded by the European Union, seeks to deploy digital innovations such as the use of GBV web mapping tool and social media, to engage policy makers and create supportive networks of community-based structures involving fisherfolk leaders, husbands and young men as allies to spear campaigns for gender equitable norms and attitudes in fishing communities.

It would also strengthen systems and promote measures for reporting physical violence and abuses, supporting survivors and prosecution of perpetrators of violence against women.

It would enhance access to social services and livelihood opportunities for both survivors and women at risk of GBV.

The manager of the WiFVEs project, Adiza Ama Owusu, said while women contributed about 50 per cent of the workforce in fisheries, they were often undermined in the sector due to cultural norms, practices and societal conventions.

These, she noted, often further translated into physical abuse, verbal and emotional abuse, cheating, non-payment of loans and salaries, breach of agreement and sexual harassment among others.

She expressed the hope that the project would empower all genders to work together for growth.

The fisheries sector is vast with many varied segments and it is often divided according to gender, with men mostly involved in fishing and production, while the women are more into processing and the sale of the fish.

In Ghana, the sector is said to employ more than two million people, supporting food security and local livelihoods.

In 2020, the fisheries sector contributed about GH¢1.6 billion to the Ghanaian economy (roughly $263.2 million) to the country’s gross domestic product.

Women canoe owners and financiers in playing their roles to ensure the sustainability of the artisanal fisheries sector, must feel safe and secure by having adequate and structured support systems for their psychological, physical, social and economic well-being.