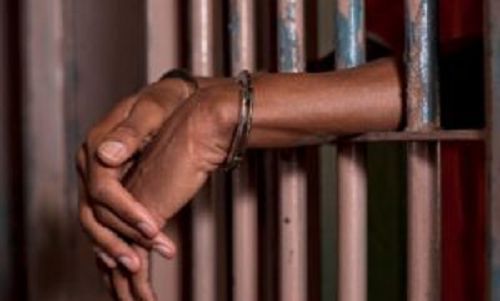 The Bole Magistrate Court has sentenced two kidnappers who abducted a young man at Yapei and succeeded in collecting a ransom of GHC5, 000 from the victim's family to a total of 72 months in imprisonment.

The two convicts, Haruna Joli, 20, and a herdsman Ibrahim Braima, also 20, are said to be members of a kidnapping gang operating in Yapei and Buipe in the Central Gonja District of the Savannah Region.

Joli and Braima are to serve a term of 36 months each imprisonment.

They were sentenced by the court presided over by Justice Prince Cudjoe based on their own plea of guilty for conspiracy to kidnap and kidnapping on Wednesday, September 29, 2021.

The Presiding Magistrate, Justice Cudjoe in passing the sentence also directed the Police to ensure the arrest of the two remaining members of the gang who are currently on the run.

He said their arrest and prosecution would send signals to like-minded individuals or gangs who engaged in such criminal acts.

He further said kidnapping has become a lucrative venture and it was high time it was dealt, so it becomes an unattractive business.

The facts of the case were that on July 17, 2021, a police patrol team on the Buipe-Yapei stretch on night patrols stopped a motorbike being used by Joli with Braima as the pillion

They stopped abruptly and run into the bush but fortunately Braima was arrested.

Braima during interrogations by the police admitted that they were members of a kidnapping gang and subsequently, led the police to Yapei to arrest Joli who escaped when they were stopped by the police patrol team.

After Joli was arrested, they both confessed to kidnapping a victim (name with) with two other gang members who are on the run and demanded for a ransom of GHC5, 000.

Joli and Braima indicated that the ransom was paid by the family of the victim but their gang leader known as Borga absconded with the money.

After investigations, Joli and Braima were arraigned and sentenced accordingly by the court after they had pleaded guilty to conspiracy to kidnap and kidnapping.