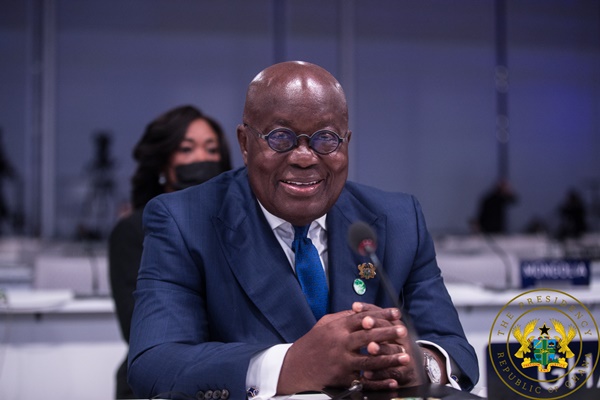 President Nana Addo Dankwa AkufoAddo has urged exporters to ensure that their products are standardised to enable them to gain access to new markets.

He said although the export sector provided more opportunities in terms of market reach, it came with adherence to hard work, quality assurance and credibility.

“The main actors should realise that exporting is a serious business involving risks, but offers a greater opportunity than the domestic market,” he added.

This was contained in a speech read on the President’s behalf by a Deputy Minister of Finance, Dr John Kumah, at the national export achievement awards and dinner in Accra last Thursday.

The event, organised by the Ghana Export Promotion Authority (GEPA), was attended by some key players in the export sector, as well as members of the trade and industry community.

The awards, which covered 2019 and 2020, saw Salma Salifu of Dignity DTRT Limited receiving the Woman Exporter of the Year Award for both years.

Olam Agri Ghana Limited was crowned the Most Diversified Exporter of 2019, while Wilmar Africa Limited won the Exporter of the Year Award for 2019.

For 2020, Wilmar Africa Limited was declared the Most Diversified Exporter and the Exporter of the Year.

A new award, Youth Exporter of the Year, which was introduced this year, went to Solomom Ntow Wiafe of Golden Riverside Farms.

Other companies that won awards on the night were Azar Chemical Industries Limited, Lion Aluminium Products Limited, Kasapreko Company Limited, Interplast Limited and Sterling International Limited. They were all inducted into the Awards Hall of Fame.

President Akufo-Addo said it was to assist exporters in the country to become more profitable by gaining access to new markets that the government launched the $25.3b national export development strategy (NEDS), among other initiatives.

He said the government was also providing the necessary support for exporters and other stakeholders to ensure that they took advantage of the African Continental Free Trade Area
(AfCFTA) to grow their businesses.

“I will urge the GEPA to scale-up its promotional activities at AfCFTA, going forward,” the President added.

The Chief Executive Officer of GEPA, Dr Afua Asabea Asare, said earnings from exports amounted to $3.3b due to the efforts of exporters and strategic interventions by her outfit.

“Our focus on raking in foreign exchange earnings through nontraditional exports is a prioritised item high on the agenda of every discussion bordering on the country’s economy,” she said. `
According to her, GEPA had targeted the youth through the Youth in Export initiative to expand the country’s export base.

This year, she said, the authority offered 100 young people the opportunity to be part of the programme after the successful completion of the pilot by 20 people in 2020.

“This initiative is in collaboration with the National Service Scheme, where young graduates with a passion to go into the business of export are mentored by seasoned exporters for six months and, thereafter, provided with logistics as a head start,” she added.