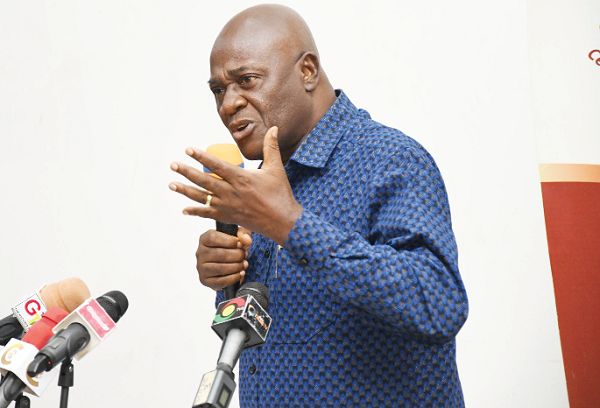 A league table aimed at injecting discipline among public institutions in the management of public resources has been launched in Accra.

Among other things, the Public Financial Management League Table (PFMLT) will also ensure value for money.

The PFMLT is the result of a collaboration between the Centre for Local Governance Advocacy (CLGA), a civil society organisation, and the Internal Audit Service (IAA).

It is expected to ensure compliance with public financial management (PFM) laws to improve accountability and transparency, enhance domestic resource mobilisation and utilisation, reduce corruption, among other objectives.

The institutions that will coordinate compliance with the PFM indicators are the National Development Planning Commission (NDPC), the Ministry of Finance (MoF), the Public Procurement Agency (PPA), the Controller and Accountant General’s Department (CAGD), the Ghana Audit Service (GAS) and the IAA.

Under the initiative, a coordinating forum for institutions responsible for compliance within all the five indicators on the PFM cycle will be created to work together to ensure compliance by ranking, assessing and publishing compliance levels annually in the form of a table.

The PFMLT will be compiled on the basis of five PFM indicators: Strategic/Development Planning, Budget preparation and Execution, Procurement and contracting, Accounting and reporting, Internal and External Auditing.

The results of the PFMLT will be analysed and published, while the Ministry of Finance will be notified of infractions identified in the course of the assessment for appropriate sanctions to be applied.

Institutions that will rank low on the table will be provided with comprehensive support measures based on a policy document that will be developed to inform national policy in that direction.

The Minister of Local Government, Decentralisation and Rural Development, Dan Kwaku Botwe, who launched the PFMLT in Accra yesterday, warned that metropolitan, municipal and district chief executives (MMDCEs) would be held responsible for any infractions in public financial management.

He said there was no way MMDAs would be cited in the Auditor General’s reports for various financial irregularities if the chief executives ensured that the Audit Report Implementation Committees and the various audit units in their respective assemblies were working effectively.

The Director-General of the IAA, Dr Eric Oduro Osae, wondered why the government should face challenges in mobilising enough revenue for development when the PFM framework provided enough cover for so doing.

“For ministries, departments and agencies (MDAs), they are supported by the government to provide critical national level services for improved governance. For the regional coordinating councils, the government supports them for better monitoring, coordination and evaluation of efficient public service in the regions,” he said, adding that the situation was the same for
local assemblies and other units of the state.

“Our investigation suggests that most of these state-owned enterprises are partially or not observing the requirements of the PFM Act, 2016 (PFMA) Act 921 at all,” Dr Osae said.

He expressed worry that in the Auditor-General’s reports, irregularities amounting to GH¢12.86 billion were recorded, with 78.31 per cent bordering on outstanding debtors and loans recoverable arising from the operations of SoEs.

For that reason, Dr Osae said, the IAA board had directed the management to work with the State Interest and Governance Authority (SIGA), the Finance Ministry and other institutions to ensure that the PFM and other control systems in public institutions were adequate and working as required.

“It is this directive from our board which has culminated in the development of a national PFMLT to be launched today,” he said.

The acting Executive Director of the CLGA, Dr Vladimir Antwi Danso, and his deputy, Gladys G. N. Tetteh, expressed optimism that the initiative would help reduce the misapplication and misuse of public funds for improved financial management and accelerated development.