The Ghana Police Service says it has introduced shuttle services for its personnel.

This, according to the Service, is to facilitate the movement of personnel to and from their places of residence to various duty points.

In a tweet on Thursday, October 14, 2021, the police administration said some members of the general public had expressed concern about the practice of police personnel boarding commercial vehicles with weapons and the possible danger posed to other occupants of these vehicles.

“The spectacle of uniformed officers struggling to get on board vehicles during the rush hour is not good for morale in the service and does not inspire public confidence in the police. The Administration is certain the shuttle service will reduce these concerns and ensure that both the police officers and the commuting public go about their duties in safety and dignity, it added. 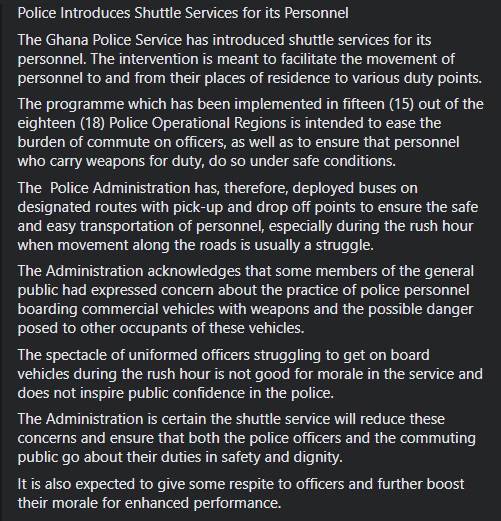