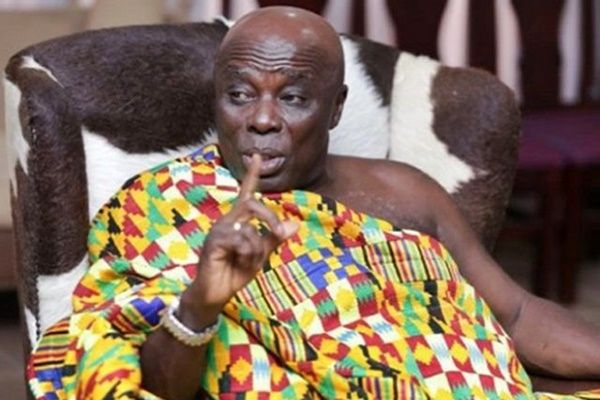 The Okyenhene, Osagyefuo Amoatia Ofori Panin, has observed that without good governance, West Africa will find it difficult to achieve its social and economic goals.

He said the enormous opportunities in the sub-region had been hampered by persistent gaps in education, health and skills, "and most importantly bad governance, which has left the sub-region short on reaching a minimal 40 per cent of its estimated potential".

The Okyenhene said this at a consultative meeting of religious and traditional leaders on the Economic Community of West African States (ECOWAS) Vision 2050 at the Ofori Panin Fie at Kyebi in the Eastern Region last Thursday.

The meeting discussed opportunities for sustainable development and environmental preservation.

The ECOWAS Vision 2050 envisions a borderless, peaceful, prosperous, cohesive region, built on good governance, where the citizenry will have the capacity to access and harness the region’s enormous resources for sustainable development.

It was adopted in June 2007 by the Authority of Heads of State and Government of ECOWAS as the development blueprint for the transformation of West Africa.

The Okyenhene said the horrific scenes of "our young men losing their lives in the Mediterranean in attempting to reach Europe brings into question the need for the examination of the structures and effectiveness of the governance system and approaches to public policy planning and implementation of programmes in our various countries".

He said in Ghana, for example, 95 per cent of marital and inheritance conflicts were resolved in the palaces of chiefs, with over 80 per cent of all disputes and 70 per cent of all legal issues being addressed, and that "this attested to the indispensability of the chieftaincy institution in modern governance".

"With regard to public order, the police presence in the rural and peri-urban areas is virtually absent. Public order is maintained by the age old time-tested and accepted traditional system of control and observance of supervision by chiefs," he added.

Osagyefuo Ofori Panin expressed concern about the perennial conflicts between nomadic cattle owners and settled agricultural economy which cut across the sub-region.

He said politicians “must be forced to commit to institute legislative measures to ensure the inclusiveness of traditional actors at all levels of governance in the spirit of decentralisation and popular participation".

He said it was gratifying to note that such a historic occasion to map out strategies for long term developmental challenges in the sub-region placed unique emphasis on the involvement of traditional rulers.

“It is a solid and glorifying tribute to the positive role that traditional authority can play in the social and economic uplift of our people, and the many ways it can contribute towards the goal of national progress and prosperity,” he said.

The Minister designate for Foreign Affairs and Regional Integration, Ms Shirley Ayorkor Botchwey, said the meeting and subsequent engagements with other stakeholders would lead to outcomes which would contribute to the formulation of attainable and relevant objectives for the sub-region.

Ms Botchwey noted that the processes to fashioning the Vision 2050 commenced in January 2019, with the meeting being part of that ongoing process.

“The realisation of this noble vision depends, to a large extent, on local actions taken by our community citizens, with the support of our traditional and religious leaders who are the custodians of our societal norms,” she said.

To effectively support the local actions, it was important to forge partnerships with relevant stakeholders, including traditional and religious leaders, in view of their extensive outreach and presence in the region, she indicated.

She said the government was aware that hitherto ECOWAS had been seen as a community which had lost touch with the citizenry, adding that it was basically viewed as a community of bureaucrats and politicians without the involvement of the grassroots.

“I am happy that collectively we are taking commendable steps to correct this wrong impression about ECOWAS,” she said.