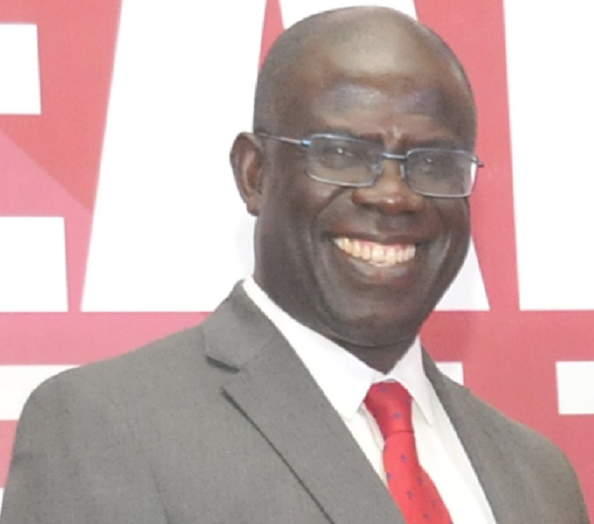 Only about 600,000 out of an estimated 10.2 million workers in the informal sector are currently enrolled on at least a pension scheme, the Chief Executive Officer (CEO) of the National Pensions Regulatory Authority (NPRA), Mr Hayford Attah Krufi, has disclosed.

He said the figure represented just six per cent of all informal sector workers who form 85 per cent of the country’s entire active labour population.

“As a regulatory authority, we are worried that only six per cent of workers in the informal sector are on one pension scheme or another,” he said, adding that “per the current numbers, the future is, indeed, very bleak for a significant number of informal sector workers”.

Some workers in the informal sector have, however, called on corporate trustees and fund managers of such pension funds to be visible in the smaller towns and communities to enable them (workers) to access the services of fund managers.

Mr Krufi was speaking at a public lecture as part of the National Pension Week celebration at the Jophus Anamuah-Mensah Conference Centre of the University of Education, Winneba (UEW).

The lecture was attended by some workers in the informal sector, including fishermen, beauticians, dressmakers, market women, caterers, bar operators, among others.

The NPRA has declared the last week in October every year as the National Pensions Awareness Week to create awareness of pensions.

This year’s celebration, on the theme: "Total participation in pensions to ensure retirement income security", has been dedicated to informal sector pensions, covered under Tier Three of the new pension regime.

The week-long awareness programme is to be used to reach out to workers in the informal sector to encourage them to contribute to the third-tier pension scheme.

The third-tier is a voluntary pension scheme managed by corporate trustees and regulated by the NPRA to help informal sector workers plan towards their old age.

“It is important that informal sector workers enrol on a pension scheme, so that the benefits accrued will meet them halfway while they are on retirement and cannot work to earn a living,” he said.

He indicated that it was proper for workers to set aside part of their earnings while they were still strong in order to enjoy the benefits in future.

Not only for formal workers

“Until 2010, pension schemes were for formal sector workers, and that had permeated the minds of the people, especially those in the informal sector,” Mr Krufi said.

It was, however, time for people who still had that perception to disabuse their minds and join either the tier one or tier three pension schemes, he said.

“I wish to urge you to at least join a pension scheme while in active service, so that you can be guaranteed an enjoyable future while on retirement,” he advised.

According to him, the situation was worse a year ago, but with education, a number of informal sector workers had signed on to at least one pension scheme.

That, he said, gave the NPRA the impetus to intensify public education to bring many on board, adding, “We are of the firm belief that in the next five years, we will increase the current coverage from six to 40 per cent,” Mr Krufi said.

He advised pension trustee companies to decentralise their operations in order to reach out to many informal sector workers.

For his part, the Director of Planning, Research and Evaluation, NPRA, Mr Ernest Amartey-Vondee, said retirement was a very important life event which could either be comforting or challenging.

He told the participants that although they were in the informal sector, they should properly plan their personal pension to be able to minimise the financial challenges they might face while on retirement.

“In order for you not to face difficulties or suffer in your retirement, you should adequately plan for your retirement in order to have a financial back-up to sustain your life,” he said.

An elder of Effutu, Mr Ebenezer Ghartey, who chaired the event, encouraged the NPRA to hold such fora regularly to deepen knowledge on pensions among informal sector workers.

He expressed worry that many workers, both in the public and the private sectors, often faced difficulty in their retirement and urged the participants to take advantage of the knowledge to plan their retirement.

Some of the participants lamented the struggles retired workers went through in a bid to claim their retirement benefits, describing the situation as very frustrating.

A beautician, Ms Ophelia Mensah, urged the trustee companies to be visible in the smaller towns and communities to enable them to woo many informal sector workers to join any of the pension schemes.

“We do not want it to be like insurance companies who are quick in collecting premiums but begin to drag their feet when the time is due for contributors to claim their benefits,” she said.

A fisherman, Mr Kojo Kum, also welcomed the schemes and called on the NPRA and trustee companies to conduct more of such public education.