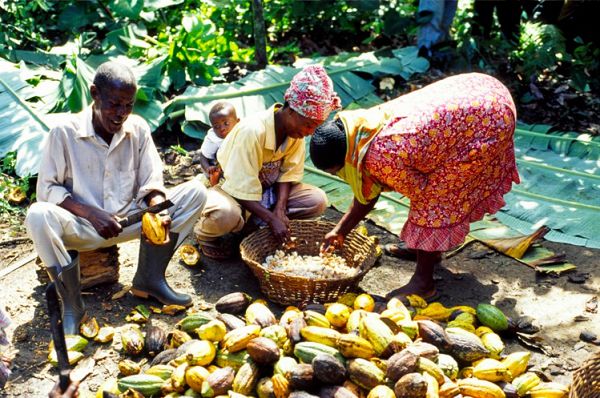 The government is to introduce a new system of payment for cocoa farmers to check the rampant stealing of cocoa beans.

The new Cocoa Management System (CMS), which is currently being piloted in the Western and Western North regions, is expected to be extended to all the cocoa producing areas in the country from October 2021 when the next cocoa season begins.

The Boadua District Cocoa Officer, Mr Foster Oyinka, made this known during an interaction with the Akyem Asene Cooperative Cocoa Farmers and Marketing Society at Asene, near Oda, in the Eastern Region.

He said the CMS was adopted by the government in response to an appeal by farmers concerning the rampant stealing of cocoa beans in the cocoa growing areas.

Mr Oyinka said under the CMS, digital data would be built for cocoa farmers and issued with special cards containing particulars such as telephone and cooperative society numbers, location of their farms, with their portrait pictures on the cards.

He said his outfit had taken delivery of large quantities of farm inputs, which would soon be distributed to cocoa farmers in the district.

The District Officer advised cocoa farmers against poor practices, including fermenting cocoa beans in sacks instead of using plantain or banana leaves to ferment them, adding that the fermentation should take a period of seven days.

He also urged them to remove cocoa husks from the beans before fermentation.

Mr Oyinka further advised the farmers to apply only the recommended chemicals to spray their cocoa farms, and advised them to wear protective gadgets during the spraying exercise.

The farmers expressed concern about delayed payments by the purchasing clerks.

The Chairman of the cooperative society, Nana Amoa Daadom, who is also the Gyaasehene of Akyem Asene, commended Mr Oyinka and his team for paying periodic visits to the farmers to offer them technical advice on the field.