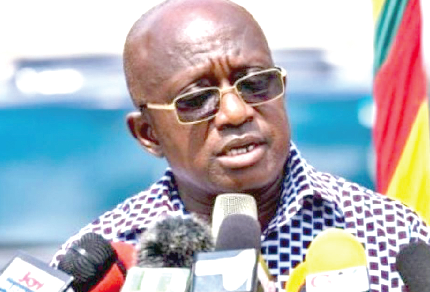 The Ashanti Regional Minister, Mr. Simon Osei-Mensah, has urged Metropolitan, Municipal and District Chief Executives (MMDCEs) to build consensus with all stakeholders for peaceful coexistence and effective administration of their respective jurisdictions.

He said although some of the assemblies in the region were sharply divided on partisan lines, it was important to consider all actors to ensure success of the peace building and development process.

“I would entreat you all to accord the needed respect and recognition to all stakeholders, especially traditional authorities, assembly members, opinion leaders and the people within your jurisdiction. You have to build cordial relations with your management,” he said.

He was speaking at a capacity building workshop in Kumasi on conflict management and reporting for MMDCEs.

The workshop was organised by the National Peace Council in collaboration with the Department of Peace and Development Studies of the University of Cape Coast, with support from the Danish International Development Agency (DANIDA).

It sought to improve the capacities of MMDCEs on conflict resolution techniques to enable them to manage and speak on conflict issues from informed positions and empower them to integrate conflict sensitivity in their development plans and agendas.

Mr. Osei-Mensah said the development agenda of the government would only be possible when there was peaceful coexistence between the leaders and the people.

“The need for peace in Ghana had never been more apparent than this time where socio-political systems seemed not to respond effectively to emerging conflicts,” he said.

The youth, he noted, were increasingly agitated over limited opportunities, with impunity eating into the fabric of society and the threat of extremism looming large over the sub-region.

Mr. Osei-Mensah said early response was the benchmark for mitigating violence and urged the people to desist from resorting to chaotic behaviour whenever tension arose.

He said the use of dialogue had proven to be effective in the settlement of misunderstandings, hence the need to use dialogue to settle differences to avoid political instability.

The Chairman of the Ashanti Regional Peace Council, Right Reverend Christopher Nyarko Andam said the National Peace Council would continue to raise awareness on the use of non-violent strategies to respond to conflicts through networking, coordination and campaigning with other development actors to ensure peace.