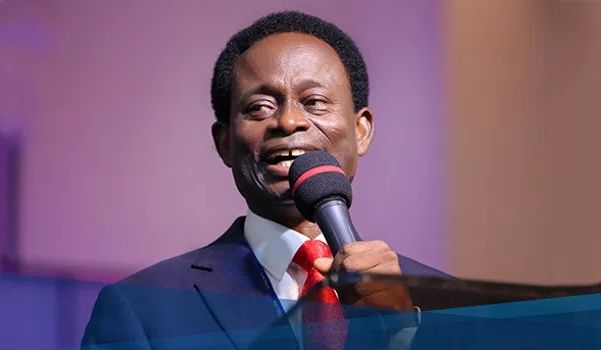 The fundraising efforts by the Board of Trustees of the National Cathedral of Ghana towards the construction of the cathedral have accrued GH¢31.75 million since 2018.

Out of the amount, GH¢2.21 million was contributed by various church denominations.

The board disclosed this when it launched another mass fundraising strategy, dubbed: ‘The National Cathedral Week’, at a press briefing in Accra yesterday.

Addressing the press, the Chairman of the Board of Trustees, Apostle Professor Opoku Onyinah, said the commemoration was to help boost efforts at raising the required funds for the building of the national cathedral.

“The result of the fundraising so far does not meet the demands of the cash flow for the construction. Thus, we have reached a very critical stage where our fundraising efforts have to be scaled up.

He appealed to all churches in the country to support the mass mobilisation strategy by encouraging their members to register for the 100-cedis club.

Apostle Prof. Onyinah said that was the key to the church ownership of this historic monument that also celebrated the Christian presence and contribution to the country.

“We believe that with the integration of the Bible Museum and Biblical Gardens now complete, and the stalling of the construction, the urgency is established.

“We want to appeal to leaders of the church in the country not to forget this purpose of the National Cathedral Project, as we seek to answer some of the critical questions being asked,” he said.

“We need to focus on the mission of God. The Lord would like us to stand up to the challenge. We must not run away; we must not let it appear that the President has made a mistake by promising to put up a building to the glory of God,” he added.

He expressed gratitude to all those who had contributed to the National Cathedral Project.

“First, we are grateful to the President and the state for doing their part by the appointment of the architect, providing the land and its preparation, setting up the secretariat and providing some seed money,” he said.

The Chairman of the Board of Trustees also expressed gratitude to the individuals and the churches that had supported the project so far.

National Cathedral: See how much churches have donated towards construction

Apostle Prof. Onyinah acknowledged the fact that there had been some public grievances regarding the project and assured the public that all such grievances would be adequately addressed.

“We consider the issues that have framed the issues on the National Cathedral very seriously, and that is why we asked the Executive Director to respond, which he did on June 17, 2022,” he said.

He emphasised that there was nothing fishy about the monetary affairs, and gave an assurance that the trustees could not betray the trust the nation, through the President, had given to them.

“And so we will appeal that issues of clarification be directed to the secretariat. There are other issues that have been raised and which the government, in particular the Office of President, the Ministry of Finance and the Office of the Attorney-General, will address,” the chairman said.

Those, he said, related to issues of procurement of the architect, parliamentary approval of disbursements from the Ministry of Finance and total contributions from the state, adding:
“These are not issues for the trustees to answer.”

Apostle Prof. Onyinah said the Office of the Attorney-General, the Office of the President and the Ministry of Finance were working to provide the answers, while the secretariat was providing the needed documentation.

“We need to remind ourselves that the project is a partnership between the state and the church, and both have been tasked to make it happen. So we appeal to all of you to allow these procedural issues to be addressed at their level. Social media is not the appropriate forum for addressing these issues,” he said.