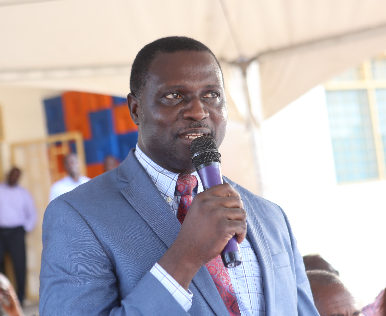 The Ghana Education Trust Fund (GETFund) has drawn down $500 million of the $1.5 billion it secured from the financial market in 2018, the Minister of Education, Dr. Yaw Osei Adutwum, has told Parliament.

He said the amount, which is equivalent to GH¢2.7 billion, using the exchange rate applicable at the time of registering the bond, was raised through a mix of syndicated loans and a bond programme.

Proceeds from the facility were used to settle various liabilities, amounting to GH¢1.88 billion, he said.

Dr. Adutwum, who is also the Member of Parliament (MP) for Bosomtwe, disclosed this yesterday when he answered a question by the National Democratic Congress (NDC) MP for Adaklu, Mr. Kwame Governs Agbodza.

The Adaklu lawmaker had asked how much of the $1.5 billion approved by Parliament in October 2018 for the GETFund had been drawn down to date and which contractors were paid from the drawn down amount.

In 2018, Parliament approved the facility to facilitate the expansion of infrastructure across schools in the country, especially in senior high schools (SHSs) as part of efforts to phase out the double-track system.

He mentioned other liabilities funded through the facility as motor vehicles, including motorcycles supplied in 2020, technical and vocational education and training (TVET) equipment, teaching and learning materials, laptops, furniture supplied between 2018 and 2020, as well as payments to consultants.

When the minister was further asked if all arrears of the GETFund before 2016 had been paid, since that was one of the conditions Parliament cited in approving the facility, Dr. Adutwum said so far GH¢630 million of the arrears the current government inherited had been paid.

“As to whether that is the total arrears, Mr. Speaker, I will not be able to tell from this report,” he told the House.

The NPP MP for Kwesimintsim, Dr. Prince Hamid Armah, also sought to know about the status of procurement of textbooks for the implementation of the new curriculum, given that schools had reopened and such instructional materials were urgently needed to support the reform implementation process.

Dr. Adutwum said his ministry was working around the clock to supply textbooks to basic schools.

He said procurement processes were ongoing and were at the final quality assurance stage which would lead to the award of contracts.

“When the procurement processes are over, suppliers will distribute the textbooks to regional and district GES offices for onward distribution to schools,” he added.

He said the ministry had already provided teachers with learner packages, including materials on various lessons, to enable them to administer and deliver instructions accordingly.

On the question of the annual number of scholarships given to Ghanaians from January 2012 to December 2020, the minister said the government had, over the years, granted scholarships to citizens at various academic levels.

The total number of scholarships granted Ghanaians by the Scholarships Secretariat and the GETFund from 2012 to 2020 was 91,723, he said.