Garden City Mall to be ready by end of year 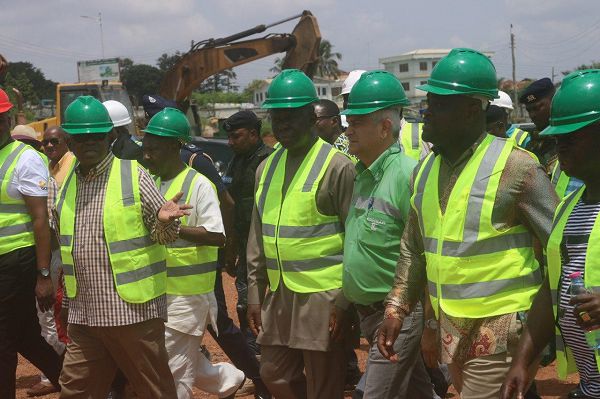 The Asantehene, Otumfuo Osei Tutu II, together with some members of the Kumasi Traditional Council, has toured the nearly completed Garden City Mall located at Tafo Pankrono, near the Suame roundabout in Kumasi.

The mall is being developed by Retail and Reality, the managers of Accra Mall and co-partnered by the Methodist Church of Ghana and the Asanteman Council with funding from the ECOWAS Bank for Investment and Development through the Ghana Commercial Bank (GCB). 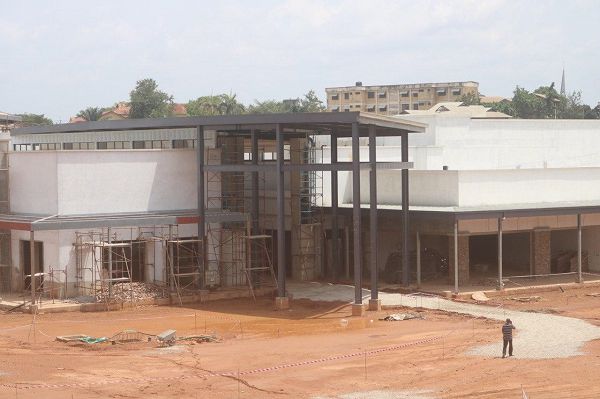 A view of the nearly completed Garden City Mall in Kumasi

The Chief Executive Officer (CEO) of Retail and Reality, Mr Alex Bruks, announced last Tuesday, during the tour by the Asantehene, that the mall would be completed and opened to the public by the end of this year.

Also present were Nana Atta Poku, the Resident Engineer of the Kumasi Metropolitan Assembly (KMA), and some selected journalists in Kumasi.

He said so far, 80 per cent of work had been completed, and that all shops within the estimated $130 million mall, had been leased to prospective business owners who were ready to operate once it was opened.

"International brands such as Shoprite, Game, KFC, Vlisco , and local giants like Nallem and Kiki clothing have all secured a shopping space at the mall", he said.

He said when completed, the Garden City Mall would be the second mall in Kumasi apart from the Kumasi City Mall.

According to Mr Bruks, the edifice, which was being constructed by Consar Construction Limited, was being implemented in two phases.

He explained that the first phase of the project comprised the mall, with its adjoining cinema and a water park and the VVIP area adding that commercial bus operators had been alloted space to operate from the mall freely.

Mr Bruks hinted that in making the enclave more accessible to people, it had constructed a steel footbridge estimated at $200,000 to allow people enter the mall from Ashtown without necessarily using the entrance to the mall.

He said the second phase would include the construction of a nine-storey 141 bed capacity hotel, which would come along with a 1,200 capacity conference room to be used for all corporate and social events. 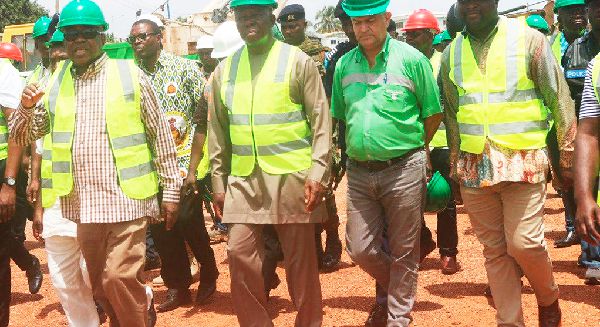 The Asantehene, after being conducted round the premises, commended the developers for the beautiful edifice which was expected to create employment for over 1,200 people.

He tasked the developers to ensure that the timeline for the completion of the much anticipated mall was adhered to in order to meet the increasing demand of shoppers in Kumasi and its environs.

For his part, the Resident Engineer of the Kumasi Metropolitan Assembly, Mr Atta Poku, said all preparatory works had been done before the siting of the mall so that it would not affect the construction of the proposed Suame Interchange in the near future.

Moreover, he said, plans were far advanced to relocate all artisans operating around the mall enclave, as well as resurface the road network within the enclave with bitumen to make the area more accessible to the public.