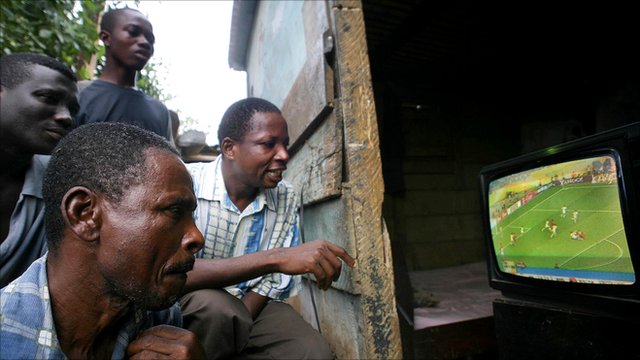 The Ghana Independent Broadcasters Association (GIBA) has kicked against the Ministry of Communication’s policy to block (encrypt) free-to-air (FTA) television content in the country.

According to the association, if allowed, the policy would wipe away FTA public service broadcasting and the public’s right to freely access free television programming and Ghanaian households who rely on it exclusively would lose out.

“GIBA would like to reiterate that it was not part of the meeting of the MoC to finalise the policy document, as stated by the minister,” it said.

It said with the launch of the ministry’s planned “Free TV Ghana” and its conditional access (CA) encryption system, all the millions of NCA certified TV sets purchased and installed in individual homes, offices and public places which were currently receiving digital TV programming throughout Ghana would abruptly stop receiving free-to-air TV programme contents.

It said the people could get the feed only if access was enabled by the MoC’s chosen controller or operator through the opening of a CA encryption key after the acquisition of the MoC’s prescribed CA-controlled decoder.

“Digital TV sets already certified by the NCA which are in shops, stores and warehouses across the country cannot receive FTA digital TV programmes any longer unless buyers or viewers purchase the MoC’s prescribed CA-controlled decoder in addition,” it said.

The statement said a major effect of the ministry’s policy shift and the suspension of the importation, manufacture and use of current NCA certified digital television sets and set-top-boxes, as well as all other digital TV devices, would be the termination of globally manufactured and world-accepted brands of digital TV sets and set-top-boxes, such as Samsung, LG, Panasonic, Hisense, Sony, Nasco, Akai, and every FTA decoder into Ghana for FTA digital TV reception.

“All these global brands will cease to receive Digital Terrestrial Television (DTT) free-to-air programme contents, except one acquires the MoC-prescribed decoders in addition for viewers to be able to have access to their favourite free-to-air TV programmes when this happens,” it said.

It wondered why television viewers should rely only on the MoC’s prescribed decoders, while the global brands would still be manufacturing digital TV sets for the rest of the world.

“Can all these global brands be wrong and only the MoC right in its choice for Ghana?” it asked, and added that FTA broadcasting through an intermediary content-blocking mechanism would make mass media communication vulnerable.

The statement said the insulation of the broadcast media from governmental control, the protection it deserved and the duty to hold governments accountable to the people could not be guaranteed if mass media programme contents would have to be broadcast through an intermediary blocking/encryption device in the hands and control of another entity.

“GIBA disagrees with the set-up of a single monopoly DTT platform to be installed with the technology that controls the content delivery of FTA programmes, which can only be accessed by viewers through monopoly CA-controlled decoders recommended by the MoC,” it said.

It said the ministry’s plan to sponsor the review of the gazetted DDT receiver standards at the Ghana Standards Authority (GSA) was to support the introduction into the country of a proprietary brand of TV service called “Free tv ghana” that used the conditional access mechanism.

It said the “Free TV Ghana” business was at no point discussed with stakeholders, neither was it stated anywhere in the draft DDT policy document.

The statement cautioned that the plans, as put out in the MoC’s draft DTT broadcasting policy, were a looming danger that would befall the FTA broadcasting industry, stressing that “it is an attack on the freedom and independence of the media in Ghana if left unchecked”.

It said GIBA also disagreed with the MoC’s policy which would allow the appointment of board members of the single monopoly DTT infrastructure company, to be vested in the President, instead of the National Media Commission (NMC) in order to insulate the broadcast media from governmental control.

“GIBA is calling on all Ghanaians to wake up and embrace only what is good for us as a people and is in accord with law, for the good and growth of our Motherland Ghana.

“We are urging the MoC to hold off implementation of the draft policy and engage with the key stakeholders for proper stakeholder validation,” it said.