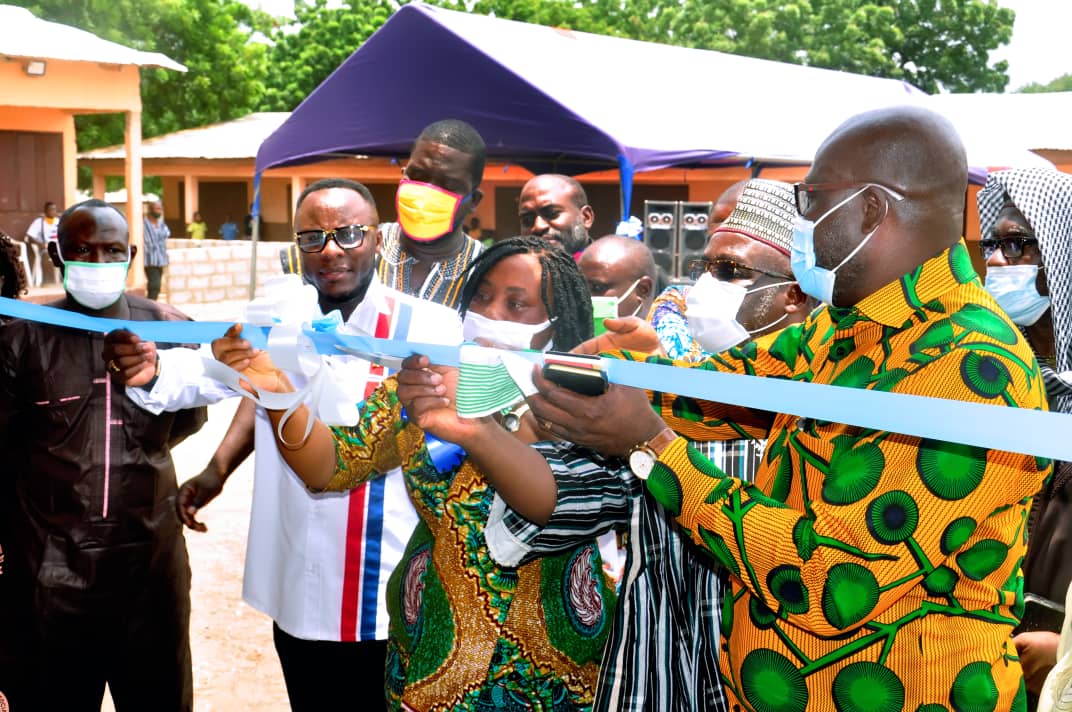 Educational Charity Foundation for Ghana, a Ghanaian NGO based in the USA has handed over a three-classroom block to the Nuru Islamic Basic School at Dodowa in the Greater Accra Region.

The project, which cost GH80,000 excluding the foundation, has two ceiling fans, four lights, electricity in all classrooms, among others.

A representative of the foundation, Mr Samuel Obiri Yeboah said the gesture forms part of the organisation’s aim to help reduce schools under trees in Ghana.

According to Mr Obiri Yeboah, the school until the handing over ceremony which was held on Friday August 28, 2020, did not have Junior High School (JHS) block.

He added that the students were seen writing exams in the sun when the group first visited the school.

He said, the group therefore decided to build a classroom block for the JHS students to help them access an effective learning environment.

He was hopeful the gesture would go a long way to improve the results of the first batch of the form 3 students who will be writing their BECE in the coming weeks.

Mr Obiri-Yeboah also called on the headmistress, teachers and the district assembly to cultivate a maintenance culture.

According to him, when a structure is put up to assist people, there is the need to maintain it in order to achieve the purpose for which it was established. 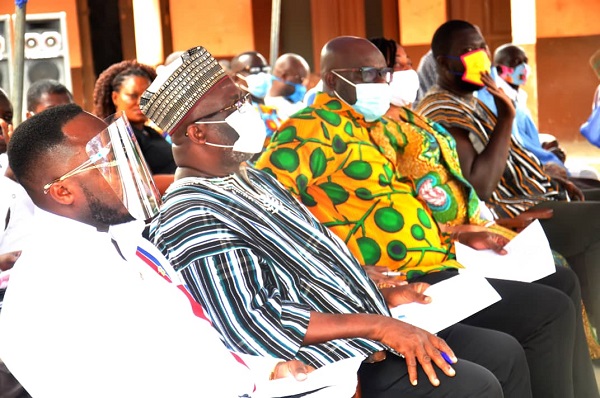 Touching on the Foundation, Mr Obiri Yeboah said, the NGO was made up of a group of professionals who have felt the need to help communities in Ghana.

He said they have decided to build schools because education was the key to the socio-economic development of the country and also because they have been seeing schools under trees in recent media reports in Ghana.

“And so they felt they should help in this direction, to try and build some of the schools. Again, we were given the opportunity to go to school. Looking at the circumstances we found ourselves, we could have been school dropped outs, but then, somebody helped us and we finished school”, he said.

For her part, the headmistress of the school, Ms Atu Fadilatu lauded the Foundation for coming to the aid of the school.

“Our pupils were sitting and learning in the sun. They used to shield their heads from the scorching sun using their exercise books. Teachers stand in the sun to teach. Both the students and the teachers have to run for shelter anytime it rained”, she said.

This, she said affected teaching and learning. She, however, said the situation changed with the arrival of Educational Charity Foundation for Ghana , “This philanthropist, Educational Charity Foundation for Ghana came in with bags to be given to our pupils and then they cited our JHS students in the sun learning, so they were touched and they decided to build a JHS block for us”.

“We are really overwhelmed with joy because we were sitting in the sun and now in a shield. In fact, we have not just the roof but the ceiling and fan, so teaching and learning will now be easy and then much facilitated” she said. 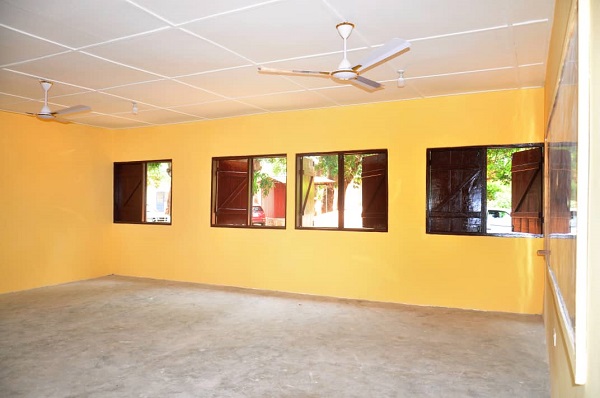 She said they are looking forward for the best results in the coming BECE and called on other benevolent persons to come to their aid by fencing the school.

“Our school is part of the Zongo and you know the attitude of the Zongos, so discipline and controlling them is a very difficult task, so if we will get other donors to come and then assist like the Educational Charity Foundation for Ghana has done we will be very grateful”.

The school prefect, Atika Huzaifa thank the foundation and urged the government to develop the Zongo schools.