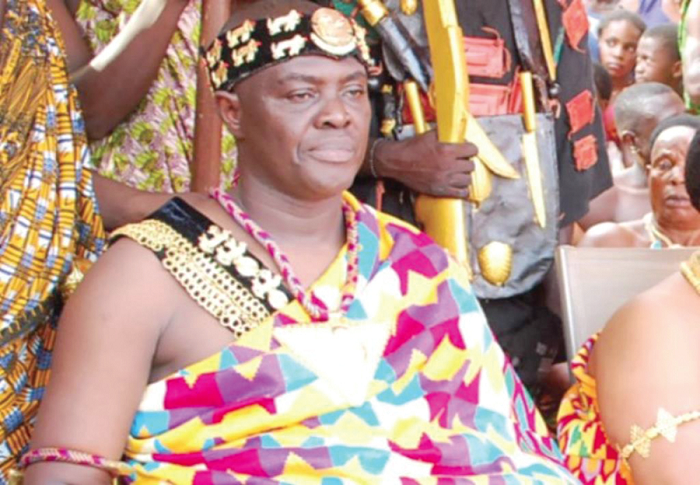 Dormaa Ahenkro in the Bono Region is gearing up for the 20th anniversary celebration of the enstoolment of the Dormaahene, Osagyefo Oseadeeyo Agyemang Badu II, and the Dormaahemaa, Odeneho Fima Dwaben II, on December 20 this year.

The occasion, which is expected to be graced by the President, Nana Addo Dankwa Akufo-Addo and President Alhassane Ouatarra of Cote d'Ivoire, will also be used to celebrate the Kwafie Festival of the chiefs and people of the Dormaa Traditional Area.

Osagyefo Agyemang Badu II told the Daily Graphic at Dormaa Ahenkro last Monday that the presence of the two heads of state would add prominence to the celebrations. 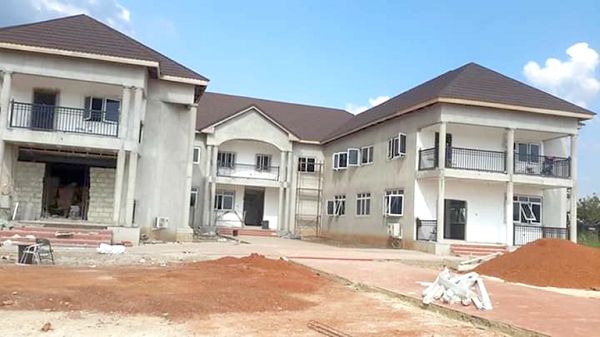 At Dormaa Ahenkro itself, intensive preparations towards what the people have described as the triple cultural extravaganza were already underway.

The Abanpraduase Palace, the traditional seat of the Dormaahene, is undergoing expansion and beautification.

An imposing palace annex building being constructed by the traditional council is nearing completion.

"This is a project very dear to my heart as Omanhene," Osagyefo Agyemang Badu II said in reference to the palace annex.

Roads in the vast palace complex, as well as parts of the town are also being asphalted.

As part of the anniversary activities, a new office building of the Dormaa Divisional Police headquarters being financed by the traditional council was inaugurated last Tuesday.

The build-up to the grand durbar had also seen the Dormaahene visiting key traditional towns in his jurisdiction, including Abesim near Sunyani, Chiraa, Wamfie and Bomaa, to perform some traditional rites and also interact with his people.

"This celebration is a special occasion for me personally and Nana Hemaa and, indeed, all the chiefs and people of the Dormaa Traditional Area," Osagyefo Agyemang Badu II told the Daily Graphic.

He said Dormaa had a proud history and also had a lot to showcase to the rest of Ghana and the world through the celebration.

The Dormaahene and the Dormaahemaa are siblings, the latter coming directly after her brother.

In June 1999, the then 33-year-old private legal practitioner, Mr Daniel Kofi Mensah, was nominated and approved by the kingmakers as the Omanhene of the Dormaa Traditional Area, succeeding his late uncle, Osagyefo Oseadeyo Dr Agyemang Badu.

Now a Justice of the High Court in Accra, Osagyefo Agyemang Badu II is the son of the late Dormaa queenmother, Nana Akosua Ansua Ababio.