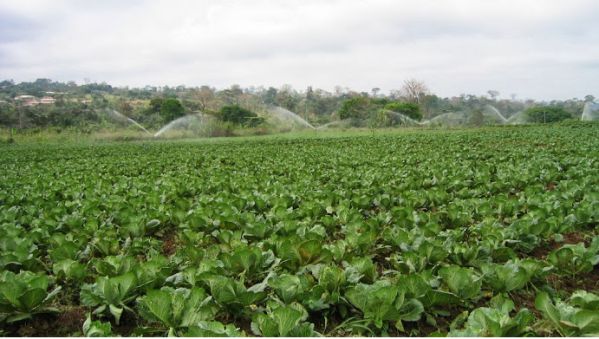 Work on the Tono Irrigation Project (TIP) in the Kassena Nankana Municipality of the Upper East Region is now expected to be completed by April 2021.

The project was initially scheduled to be completed on April 15, 2020, but the completion schedule had to be revised as COVID-19 struck and caused a lockdown in India, where equipment for the project was to be shipped from.

The project was also affected by days of torrential rain in the catchment area, which also affected concrete works and the floor of the spillways.

Currently, it is about 75 per cent completed.

The rehabilitation and modernisation of the project started on October 16, 2018.

It is being funded by the World Bank through the Government of Ghana under the GCAP of the Ministry of Food and Agriculture.

The Contracts Management Specialist of the Ghana Commercial Agricultural Project (GCAP), Mr. Philip Daniel Laryea, confirmed this when he briefed some members of the Parliamentary Select Committee on Food, Agriculture and Cocoa Affairs on the scope of work during the committee’s one-day tour of the Upper East Region last Thursday.

The select committee was led by the acting Chairman and Member of Parliament for Akyiase, Mr. Robert Kwasi Amoah.

The visit was to assess the progress of work at the TIP site, and for members of the committee to acquaint themselves with challenges facing beneficiary farmers of the project.

The construction of the TIP started in 1975 and was completed in 1985, but it had not seen any major rehabilitation.

The dam, which is 3.5 kilometres long and 18.5 metres high, was built across the River Tono, a tributary of the White Volta.

The Tono Irrigation Scheme has a gross area of 3,860 hectares, with 2,680 hectares as a potential area for irrigation.

The developed land area fit for cultivation is 2,490 hectares, with 2,500 farmers from eight communities benefiting from the project.

The project, however, has the potential of benefiting up to 4,000 farmers when expanded.

Giving an update of the situation currently, Mr. Laryea explained that shipment of facilities to help complete the automation aspect of the project was expected to start this week from abroad, and would arrive in the country within 45 days.

He pointed out that the automation aspect of the project, which was yet to begin, constituted 20 per cent of the overall project.

Automation of the TIP would involve the use of modern technology for information exchange with farmers about their lateral unit headgate discharges, cropped areas, billing and cropping patterns, among others.

Mr. Laryea further explained that risk factors such as floods, cattle invasion of farms, swimming by some people in the main canals, lake shore encroachment, and the inability to attract the right investors had also affected the project.

He said in spite of those challenges, some progress had been made in the scope of work, and said ,for instance, that solar panels, pump station, pump and accessories were all completed.