All eyes on Ghana: Honour Rawlings with peaceful polls - Chambas 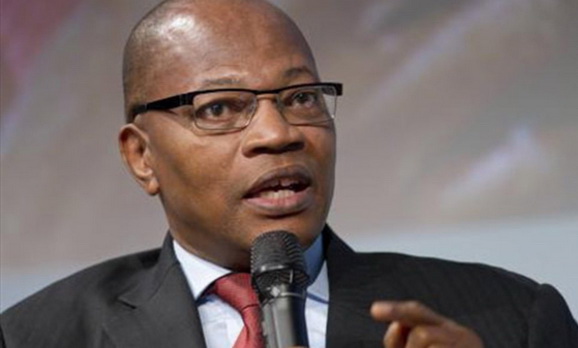 The Head of the United Nations Office for West Africa and the Sahel (UNOWAS), Dr Mohammed Ibn Chambas, has said the eyes of the world are fixated on Ghana because the December 7 elections hold immense importance to the continent.

He said the world held Ghana in high esteem as a beacon of peace and democracy in Africa, for which reason, in spite of the increased tension associated with the electoral process, it was important for all to guard against acts that could incite violence.

“This is another reason why we must assiduously support effort to consolidate democracy in this country and in this case, through a peaceful election,” he said.

Dr Chambas said this in Kumasi last Thursday when he addressed a national forum to promote a peaceful general election in Ghana.

It was organised by the National Peace Council (NPC) with support from the United Nations and the Economic Community of West African States (ECOWAS).

Dr Chambas, who is also the UN Secretary-General’s Special Representative, said the dialogue was meant to complement ongoing engagements by mobilising all stakeholders at the regional level to commit to” a peaceful election, enhanced vigilance, strengthened mutual trust and confidence and ensure that any election-related disputes were resolved with utmost compliance to the rule of law and due process.”

On that score, he commended the stakeholders for their participation at the event which he noted was a strong attachment to the tenets of democracy and sustainable peace, and development in Ghana.

“Your leadership and engagement remain crucial during this electoral process,” he told the gathering.

To other stakeholders, the UNOWAS head encouraged them to join the campaign being spearheaded by the National Commission on Small Arms and Light Weapons to highlight the dangers small arms and light weapons posed to peace and security, and more specifically, to the holding of peaceful elections.

“At the regional level, we must also join this campaign and mitigate the potential impact of small arms on the election,” he urged.

Taking a look at acrimonious politics, Dr Chambas observed that it could breed trouble for the country noted for its peace and oneness.

“We must desist from the politics of acrimony, bitterness and rancour that undermines peaceful conduct of elections.

“Indeed, we should continue to engage political actors to ensure that we practise issue-based politics, which is a common attribute to Ghanaian electoral competition,” he said.

Another area of concern to the UN senior official was political vigilantism, which had attracted immense discussions in the country.

Describing the phenomenon as a threat to security, he entreated the political players to ensure that the canker did not raise its ugly head during the election period.

Dr Chambas said in spite of the fact that the government and other stakeholders, including the two main political parties, the National Democratic Congress and the New Patriotic Party, had taken the issue seriously, leading to the passage of the Vigilantism and Related Offences Act, as well as the coming into being of the NPC facilitated roadmap and code of conduct to end political vigilantism, more still needed to be done.

He, therefore, called on leaders of political parties and other institutions to enhance their engagements with the youth, who were susceptible to foment violence during election.

“Let’s ensure that the youth of this region [Ashanti] continue to positively contribute to the peace and stability of Ghana,” he added.

The Head of UNOWAS also urged the stakeholders to openly discuss the important role of women in politics.

“Explore ways in improving their participation as well as the participation of the youth and persons with disability in the electoral process within an environment that is respectful of human rights and the rule of law,” he said.

Dr Chambas urged Ghanaians to honour the memory of the first President of the Fourth Republic, the late Jerry John Rawlings, with a peaceful election.

“The greatest honour we can do him is to ensure the holding of peaceful, non-violent and credible elections on December 7,” he said.

The ECOWAS Ambassador to Ghana, Mr Baba Gana Wakil, entreated Ghanaians to maintain their reputation as the beacon of democracy in the sub-region by going through the polls peacefully.

He said Ghana had become a model of democracy on the continent and the world over by going through previous elections without any major incident and has, thus, become an inspiration to the region and, therefore, stressed the need to maintain that reputation.

“We need Ghana to continue to be the source of inspiration for other countries in the sub-region in terms of credible fair, transparent and peaceful elections. Ghana has been operating as a successful multiparty democracy since 1992, and it is now going into its eighth election,” he said.

The ambassador said there was the need for the political parties and leaders of the country to moderate the behaviour of the youth.

“They [ youth] can make or mar an election and as technology improves, their behaviour tends to be conditioned more by their smartphones and computers than what their parents or elders tell them,” he stated.

In his view, even though the Anti-vigilantism and Related Offences Act has been passed, “to operationalise it needs the support of people like you (participants).”

He said contrary to the past few weeks where the political tension in the country was high, that appeared to have calmed down.

“We are getting closer to the election, I am happy that I could see some calm environment emerging and this is very consoling,” he said.

In his welcome address, the Ashanti Regional Chairman of the NPC, Rt Rev. Christopher Nyarko Andam, said the forum was also an opportunity to get the stakeholders to commit to peace in the December general election.

He said the council would organise another forum for the northern part of the country on December 1, 2020 in Tamale, all geared towards a peaceful election.