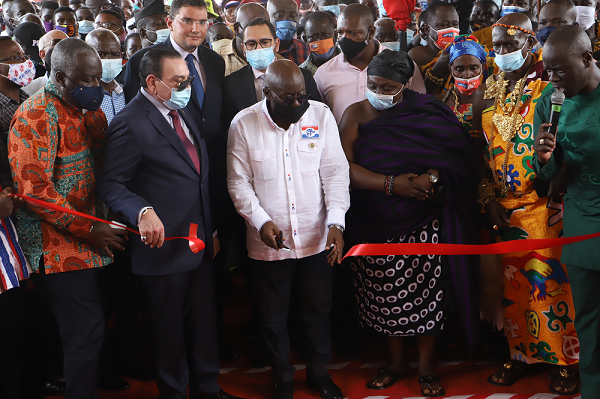 A 60-bed Twifo/Atti-Morkwa District Hospital at Twifo Praso in the Central Region was yesterday inaugurated to provide the people of the community with improved healthcare delivery.

It has 28 medical and non-medical buildings on a floor area of 15,000 square metres, a 10-unit staff accommodation, a 60-bed ward, including four theatres, a central kitchen, landscape and a 635-metre walkway, among others.

It has outpatient facilities such as a dental clinic, medicine, cardiology, ophthalmology, paediatric, gynaecology, general surgery and orthopaedic departments.

Additionally, it boasts a medical gas plant for the production of medical gases, a sterilisation department, a library, training and conference rooms, and a laundry. 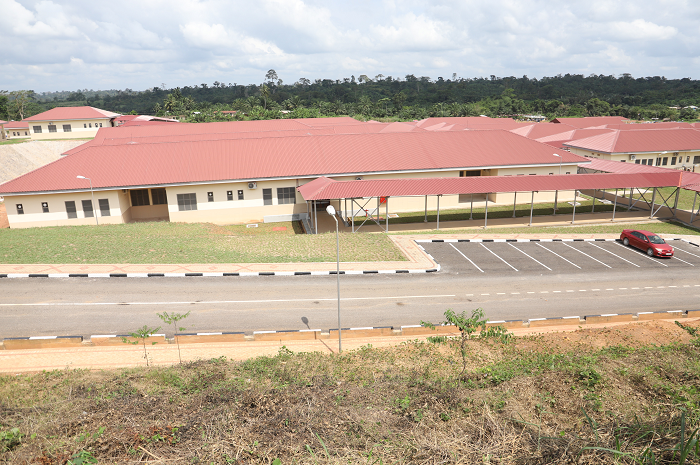 The hospital is part of the Hospital Project initiated by the Kufuor Government in 2008 and executed by Euroget of Egypt.

Inaugurating the project, President Akufo-Addo said this is the fifth hospital under the Hospital Project to be inaugurated and would provide quality health care for people in the area and surrounding communities.

He explained that the entire project involved the construction and equipping of one military hospital, two regional hospitals and six district hospitals at a total cost of $339 million. 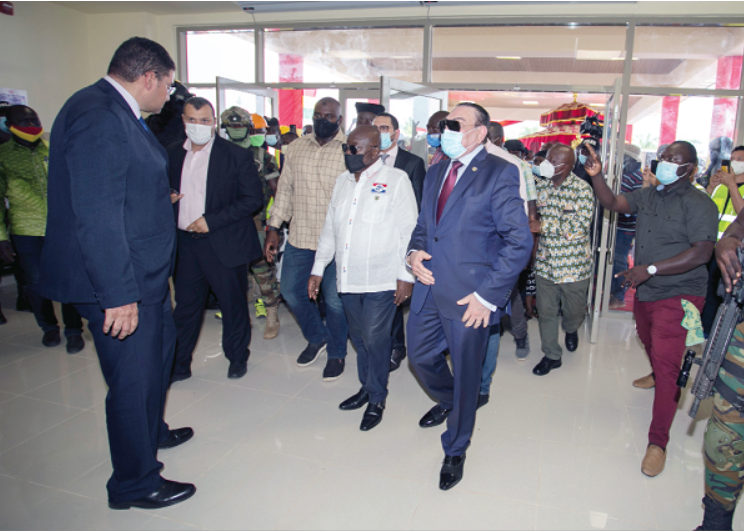 President Akufo-Addo urged the hospital administrators to institute strict maintenance protocols to ensure that decades later the facility would be in good shape to provide health care for the people because they have been secured at a great cost to the taxpayer.

He said the goal of the government was to establish a strong health delivery system which would efficiently serve the people.

The President further noted that since he assumed office in 2017, the government had provided financial clearance for the employment of over 90,000 healthcare workers and gave an assurance that with four more years, the people would benefit the more.

The Minister of Health, Mr Kwaku Agyeman-Manu, said the Kufuor Administration secured the land and funding before leaving office but the project was not completed until President Akufo-Addo took the decision to complete such projects as part of government’s efforts to improve healthcare delivery.

The Chief Executive of Eurojet Invest, Dr Said Deraz, commended President Akufo-Addo for his commitment towards the completion of the project.

He said the company entered the Ghanaian market because of the favourable investor climate in the country, and added that he was donating an ambulance as his token to the people of the area.