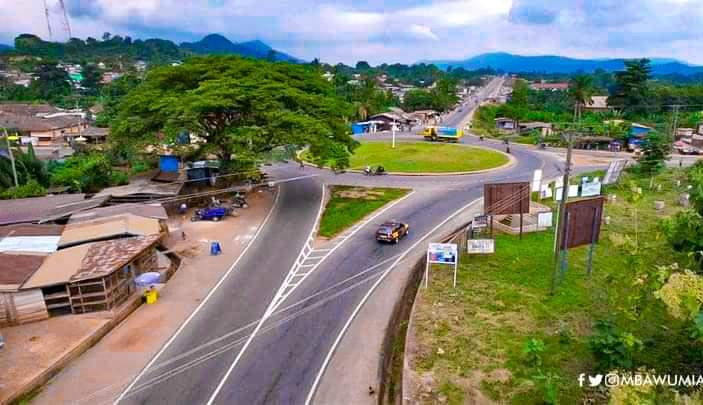 The 56.4km Jasikan-Dodo Pepesu portion of the Eastern Corridor Road has been inaugurated.

The $45million project, which began in December, 2020, was completed on April 24, 2022, by Sinohydro Co-operation of China, with the Ghana Highway Authority (GHA) as the implementing agency.

The Vice-President, Dr Mahamudu Bawumia, who inaugurated the road last Thursday, said the asphalted stretch would contribute to the rapid development of the area.

He said the project was yet another monumental testimony of fruitful outcomes of bilateral ties between Ghana and China.

The Vice-President said the government attached much importance to the Eastern Corridor road and would, therefore, continue to commit more resources to ensure its completion.

He mentioned works on Tema-Akosombo, Have-Hohoe, Hohoe-Jasikan and the Oti-Damago portions of the road as testimony of the seriousness the government attached to it.

“We are working on every slot of the Eastern Corridor road, as well as various urban and feeder roads in the Oti , Volta and other regions to open up the country to brisk economic activities,” Dr Bawumia added.

He commended the contractors and the GHA for the quality work done and urged users of the road to safeguard its durability.

Earlier, the Minster of Roads and Highways, Kwasi Amoako-Attah, said as at the end of 2020, the Oti Region had a total road network of 2,002.9 km.

According to the minister, the government had also embarked on some major interventions to maintain and improve the condition of roads in the region.

The Oti Regional Minister, Dr Joshua Makabu, also said the road would boost the development of the area as it would facilitate the transportation of goods and people.

The Baamuhene of Kadjebi, Nana Asabre Amankwatia II, thanked the government for the project but appealed for access roads to the Regional Hospital in Worawora and the improvement of facilities at an Islamic senior high school at Asato.

The Chinese Ambassador to Ghana, Lu Kun, said the country was a priority trade partner with China and a safe place for Chinese investments.

The envoy said the project was the outcome of the cordial ties between the two countries.