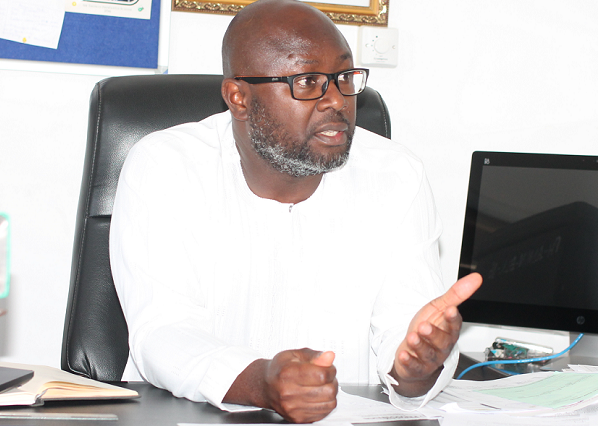 Three hundred and twenty patients who have fully recovered at the Pantang Hospital since 2016 have reconnected with their families.

The cured patients, who were still at the hospital after their recovery, represented about 70 per cent of the 500 patients who were on admission at the facility before 2016.

The hospital administration relied on community psychiatric units located within the various assemblies to work in partnership with the Social Welfare Department offices across the country to reintegrate the cured patients into society.

With the creation of the Mental Health Act, 2012 (Act 846), the community psychiatric units provide psychiatric services in the districts to help support the main three psychiatric hospitals in the country, namely Accra Psychiatric Hospital, Ankaful Hospital and Pantang Hospital.

In an interview with the Daily Graphic in Accra on Friday, May 27, the Medical Director of Pantang Hospital, Dr Frank Baning, stated that the hospital had to grapple with the situation where patients who had fully recovered got stuck at the hospital because families refused to reconnect with them.

“We do have these challenges of families refusing to come for their patients when they have recovered but we continue to develop the means to send the patients home rather than keeping them in a restricted facility.

“We have very good community psychiatry and social welfare units at the hospital that liaise with the various districts across the country to ensure patients cured reconnect with their families,” he said.

The medical director said when his administration took office in 2016, it deployed measures to intensify and enhance efforts to reintegrate the recovered patients with their communities.

With that, he said, the hospital, through its community psychiatric and social welfare units, enhanced investigations on the background of patients in their localities, liaising with their psychiatric units at the district level.

He said when that was established, the families were oriented on how best to manage and take good care of their recovered patient so that they did not relapse in future.

That, he said, was because research had shown that families refused to reconnect with patients because they did not know how to manage them even when they recovered.

“Sometimes, it is not the fault of the families; they just do not know how to manage and deal with the person. They lack understanding on how to manage the person because they are already frustrated.

“And so, we do our best to orient them on how to manage the patient before we officially discharge the patient to them and we also do periodic follow-ups to ensure that patients are well taken care of,” he said.

He added that the measures deployed had so far worked so well to reduce the number of patients in the facility and “as we speak, we have 180 patients at the psychiatric wards.”

Dr Baning noted that an investigation into patients’ background also enabled the hospital to understand their social position to be able to support them.

As a result, he said patients, while on admission, were provided with a sustainable source of livelihood so that when discharged they would not become a burden to their families.

“The Social Welfare Unit does an assessment to ascertain those that are trainable and those that are not. With some we need to engage a third person or a contact person in the family and equip that person to be able to care for the patient in question,” he said.

The medical director said the unit had an engagement with the German Development Agency (GIZ) to support patients who were undergoing skills training at the facility.

“GIZ recently asked the unit to provide a list of patients and their details and what could be done or required to help them train,” he said.

He said the unit was also seeking an opportunity to engage with the Ghana Enterprises Agency (GEA) for financial support for recovered patients to trade or sell in the market.

He added that the hospital currently operated a vibrant occupational therapy department that equipped patients with employable skills such as bead-making, kente weaving, dressmaking and aluminium fabrication.