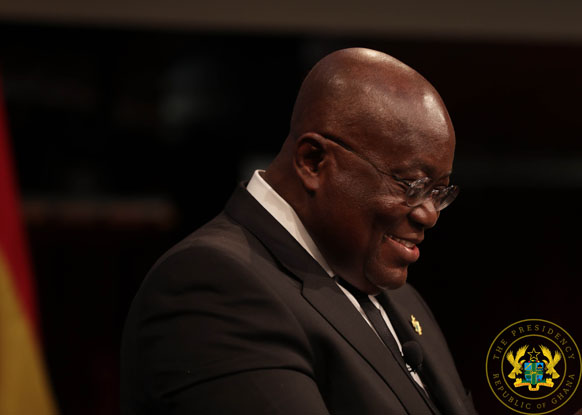 President Nana Addo Dankwa Akufo-Addo has tagged the year 2020 as the “Year of Roads.”

According to him, his government would embark on an aggressive road development across Ghana next year, saying “Next year is the year we will adopt as the year of roads.”

Casting doubt once again over claims by his predecessor, John Dramani Mahama and the government he led, that he undertook an unprecedented number of infrastructure development Nana Addo said during his recent tour of the country, a common plea of the people particularly chiefs everywhere he went, was for him to build their roads.

President Akufo-Addo said it is this same issue he questioned the then government about and was told he might have been sleeping if he was not seeing the roads, asking “where are the so called unprecedented infrastructure projects,” and that it could not have been true.