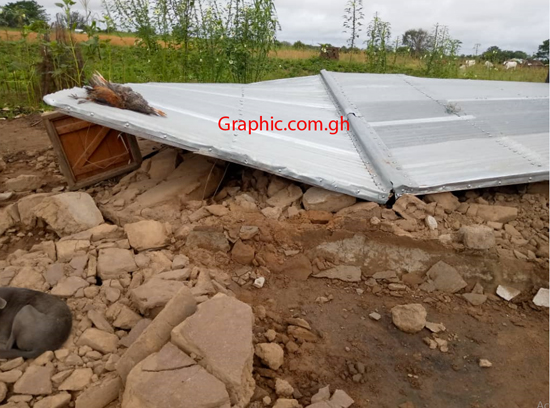 More than 20 people have been confirmed dead following eight days of torrential rains in the Upper East Region of Ghana.

Nineteen others have been reported injured while hundreds of houses have collapsed across the 15 districts of the region.

There are however indications that the death toll could rise as the National Disaster Management Organisation (NADMO) is still assessing the extent of the damage.

The Director in charge of Operations at NADMO, Mr David Mba who made this known to Graphic Online on Wednesday.

There has been intermittent rains in area Since October 1 leading to the disasters and casualties.

“Infact after going round the team realized that the situation has not been good because some of the people got drowned in floodwaters," Mr Mba said.

According to him, NADMO was still putting together figures of the number of displaced persons and added that some of the affected people are putting up in church buildings, classrooms and with some of their relatives.

Mr Mba explained that the NADMO was liaising with the Ghana Red Cross Society and other stakeholders to see what can be done about the situation.

He, therefore, appealed to other public-spirited organisations and non-governmental organisations to support NADMO to help bring quick relief to the affected people.

Touching on affected farmlands, Mr Mba noted that during their assessment, it was realised that a significant number of the people have started harvesting their crops with the exception of a few farmlands that have been destroyed, the rest have no issues regarding the destruction of crops.