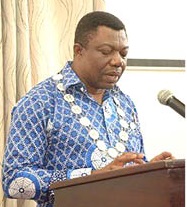 Some 127 engineers have been inducted into the Ghana Institution of Engineering (GhIE) with a call on the government to ensure that all public projects are awarded to professional engineers and registered engineering firms under the institution.

The President of the GhIE, Prof. Charles Anum Adams, who made the call at the induction ceremony in Accra, said the institution was the body that ensured that its members adhered to professional standards and regulations in the execution of projects.

He said the nation needed to get value for projects funded from the public purse, for which reason the government must rely on regulated professionals. 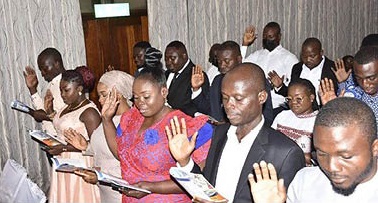 Consequently, he charged the new members to keep to professionalism, and to give meaning to the training and expertise they had acquired.

He also advised them to be active in branch activities because the institution continued to bring to the doorsteps of members some significant activities and events.

Mr Nyante said in line with GhIE’s objective to build and strengthen its branches and make them vibrant and well organised, induction ceremonies were now held in most branches.

He tasked the inductees to deliver their work by ensuring that they did not do the wrong things.

The immediate past President of GhIE, Lesile Alex Ayeh, who is also the current President of West African Federation of Engineering Organisation, urged engineers in the country to be game changers by contributing their quota to improve the lives of society.

He said the fourth industrial revolution was in motion, and consequently, there was the need for all hands to be on deck for Africa to take its rightful place in the global arena, with engineers being key players in that regard.

Four engineers, one from each technical division, received awards for their exemplary performance.