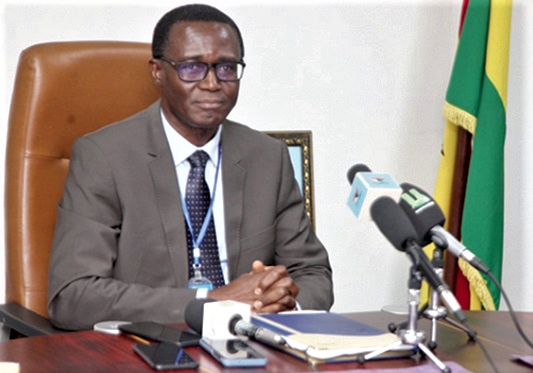 The High Court in Accra has dismissed an appeal by mining firm, Perseus Ghana Limited, against a $10.2 million tax liability that it is said to owe to the Ghana Revenue Authority (GRA).

The GRA discovered the tax arrears during a tax assessment that was conducted by its Commissioner-General, Reverend Dr Ammishaddai Owusu-Amoah, on the operations of the mining company, but the outcome of the assessment was contested by the company at the High Court.

In a ruling, the court, presided over by Justice Justin Kofi Dorgu, held that the appeal filed by Perseus was unsuccessful because the company failed to demonstrate that the Commissioner-General erred in applying the tax laws regarding the tax assessment.

“What it means, therefore, is that the appeal cannot succeed and thus fails in its entirety,” the court ruled.

The Commissioner-General in 2013 and 2019, conducted two tax audits into the business activities of Perseus Ghana Limited.

The said audit report was revised on November 25, 2013, which had no liability against the company.

Rather, the assessment resulted in a refund claim of overpaid Value Added Tax (VAT) amounting to about GH¢43.2 million.

Not satisfied with certain parts of the revised tax report, Perseus Ghana Limited filed an objection in January 2014.

The GRA in August 2019 invited Perseus Ghana Limited to a meeting to discuss a draft tax audit report on the second tax audit.

In response, the company raised a number of issues regarding the assessment and called for a review.

Both the GRA and the company met in September 2019 to discuss the draft audit report, which led to the issuance of a final audit report that assessed the company to a total tax liability of about $8.72 million.

However, Perseus Ghana Limited, which was dissatisfied with the final audit report, also objected to the final draft. The company sought further review and paid $2.5 million, representing 30 per cent of the tax liability in dispute as a condition for the determination of the tax objection.

Perseus Ghana Limited said after several discussions, exchange of correspondence, reconciliation of figures and meetings, GRA issued its objection decision on March 2021, revising the tax liability to about $10.2 million.

Dissatisfied by GRA’s position on royalties to the government and loss of investment under its forward contract on gold sales, the company appealed the tax authority’s objection that revised the total tax liability to $10.2 million.

Among other things, it was the case of the company that the GRA erred in law when it re-characterised the gold forward sales contracts in its assessment without proving any of the legal conditions under both the Internal Revenue Act and Tax Act.

The company further averred that the GRA erred when it substituted the contract price (predetermined price) included in its gold forward sale contracts with the spot gold price (prevailing market price) without any factual or legal basis.

“The Respondent erred in law by re-computing additional royalties using spot gold price instead of the contract price included in the gold forward sale contracts at which the Appellant actually sold its gold. The Respondent erred in law by holding that entering into gold forward sales contracts constitutes an investment activity instead of a business activity,” the company noted in its appeal.

However, the court held that Perseus had not been able to show that the prices of gold were so erratic that it would be prudent to hedge with a lower price than the prevailing market price.

It added that: “This is more so when gold is not one of the known commodities that has the tendency to fall drastically and for a considerable period”.