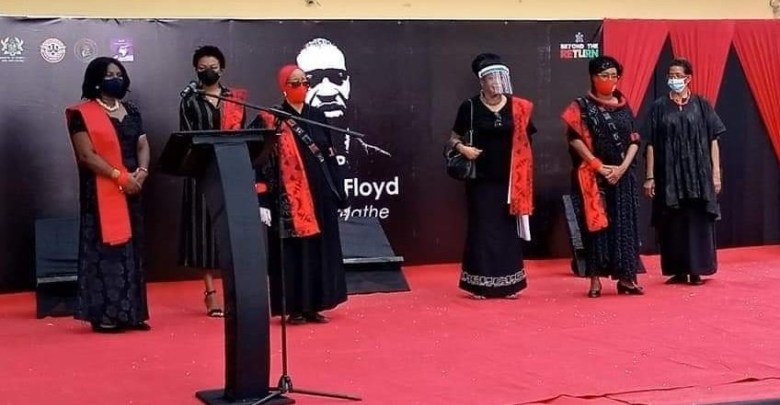 The Year of Return Committee in partnership with the African Union of Diasporan Forum has laid wreaths in Accra in memory of George Floyd at the DuBois Centre in Accra.

This follows a petition sent to the U.S. Embassy on June 1 calling for the safety of members of the black community in the United States.

46-year-old black man, George Floyd, died in Minneapolis, Minnesota after a white police officer knelt on his neck for almost nine minutes as he lay handcuffed face down in the street.

The Minister for Tourism, Mrs Barbara Oteng Gyasi, called on all africans both on the continent and in the diaspora to take a cue from George Floyd’s death and unite to ensure the growth and development of the continent.