The President, Nana Addo Dankwa Akufo-Addo, has revealed that close co-operation between Ghana and Cote d’Ivoire will be facilitated by a new initiative dubbed “An Agreement For a Strategic Partnership”, that will be signed by the two countries.

This agreement, according to President Akufo-Addo, will bind Ghana and Cote d’Ivoire “in even closer intimacy and go beyond the bounds of the concept of the Permanent Joint Commission, which is the conventional tool for co-operation.”

The President, in welcoming the initiative, stated that this Agreement would “embrace all aspects of our national lives, and, if undertaken with sincerity and transparency, it should enhance considerably the chances of our two countries to attain progress and prosperity.”

President Akufo-Addo made this known on Friday, May 5, 2017, in response to the award to him of Cote d’Ivoire’s highest national award, La Grande Croix dans l’ordre  National Ivorien (The Order of the Grand Ivorian Cross), at a State Dinner held in his honour by the President of the Republic of Cote d’Ivoire, His Excellency Alassane Ouattara.

Describing the relations between Ghana and Cote d’Ivoire as being “of the highest priority, for reasons which are self-evident”, President Akufo-Addo noted one of the areas of focus of this Agreement will be in the cocoa industry.

“Together, we produce 65% of the world’s cocoa, and if we work together and coordinate our policies, we can protect our farmers and guarantee a better life for them,” he added.

Battered by the volatility of the international cocoa market, despite their position as largest suppliers of the commodity, the two countries have resolved to develop solutions which will ensure resilience to price volatility in the market, and, thereby, curb the fall in revenues derived from cocoa exports. It should be recalled that cocoa contributes to about 15% of Cote d’Ivoire’s GDP and 7% of Ghana’s.

“We are amongst the biggest economies in West Africa. We are also bonded by common history, by common ethnic ties, by common culture, and by geography. Our ties impose on us the necessity to work together, and to live as good neighbours, with each one being the brother’s keeper,” he stressed.

Touching on the litigation in Hamburg on the delimitation of our maritime boundaries, President Akufo-Addo assured that “whatever the result of that litigation, and, naturally, I hope it goes in favour of Ghana, I want to assure President Ouattara, his government and the Ivorian people of the determination of my government and I to work with you in a healthy manner of co-operation to deal with the consequences of the pending judgement.”

What is of paramount importance to the populations of the two countries, he, however, noted, is the peaceful exploitation of the maritime resources for their benefit.

With President Akufo-Addo reiterating, once again, his commitment towards the strengthening of ECOWAS, he noted that it is extremely important for the welfare of the 350 million people living in West Africa, that its leaders show strong political will to make ECOWAS an economic and political success, and to make the integration of the region real.

“I am fully committed, and I know President Alassane Ouattara is too. With West Africa’s population set to reach some 500 million people in 20 years time, there are immense opportunities to bring prosperity to our region with hardwork, enterprise and creativity. The time for West African integration is now. Ghana and Cote d’Ivoire should be at the forefront of the process that will convert ECOWAS into a true regional market,” he added.

In concluding, President Akufo-Addo thanked President Ouattara for his presence at his inauguration, as special guest of honour, at a time when there were disturbing events in Cote d’Ivoire, which, he indicated, could have provided an easy excuse for his absence.

“You decided nevertheless to come. The Ghanaian people and I will always treasure this show of brotherhood. You are, indeed, a great friend of Ghana, and dare I say it, of myself, too,” he said. 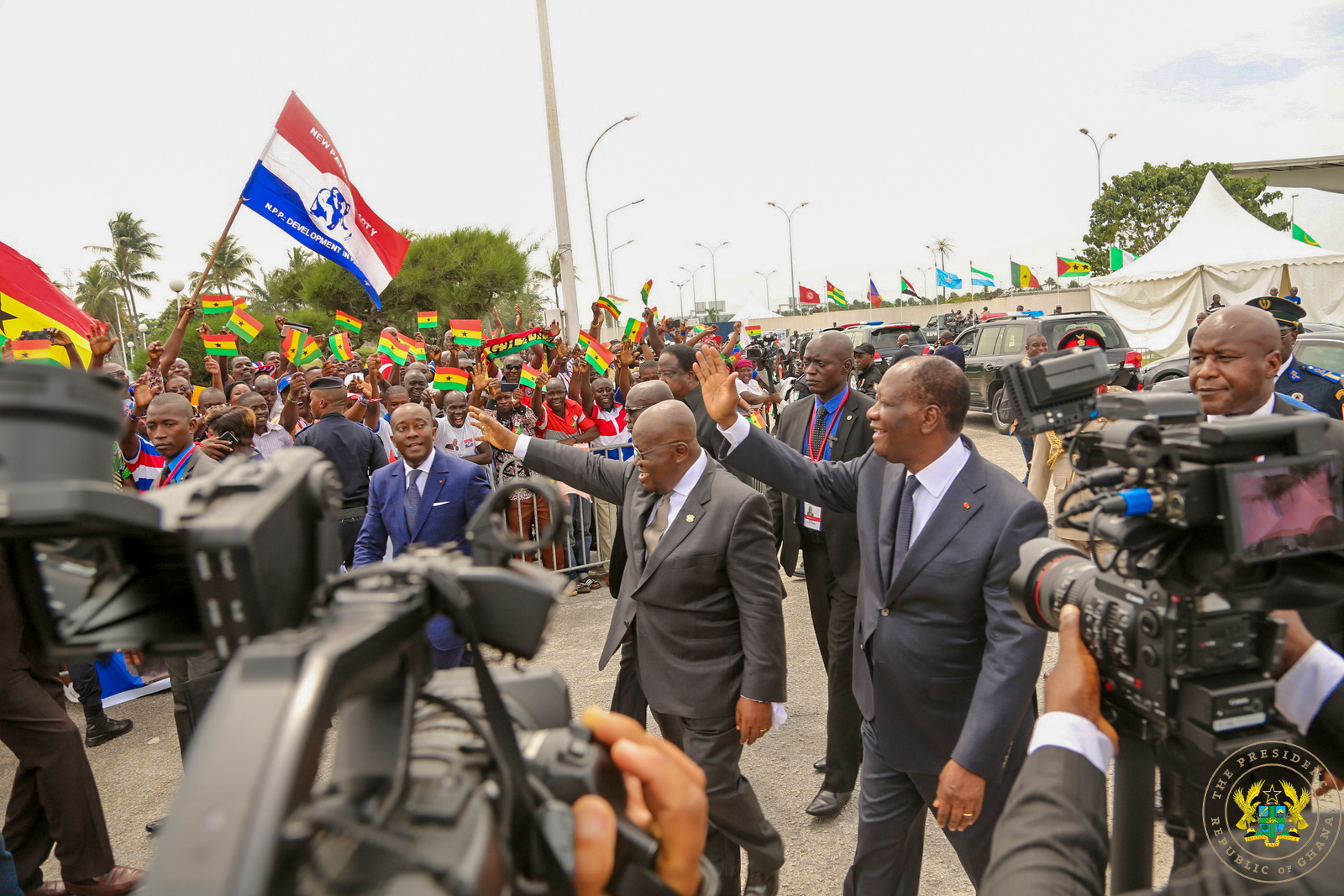 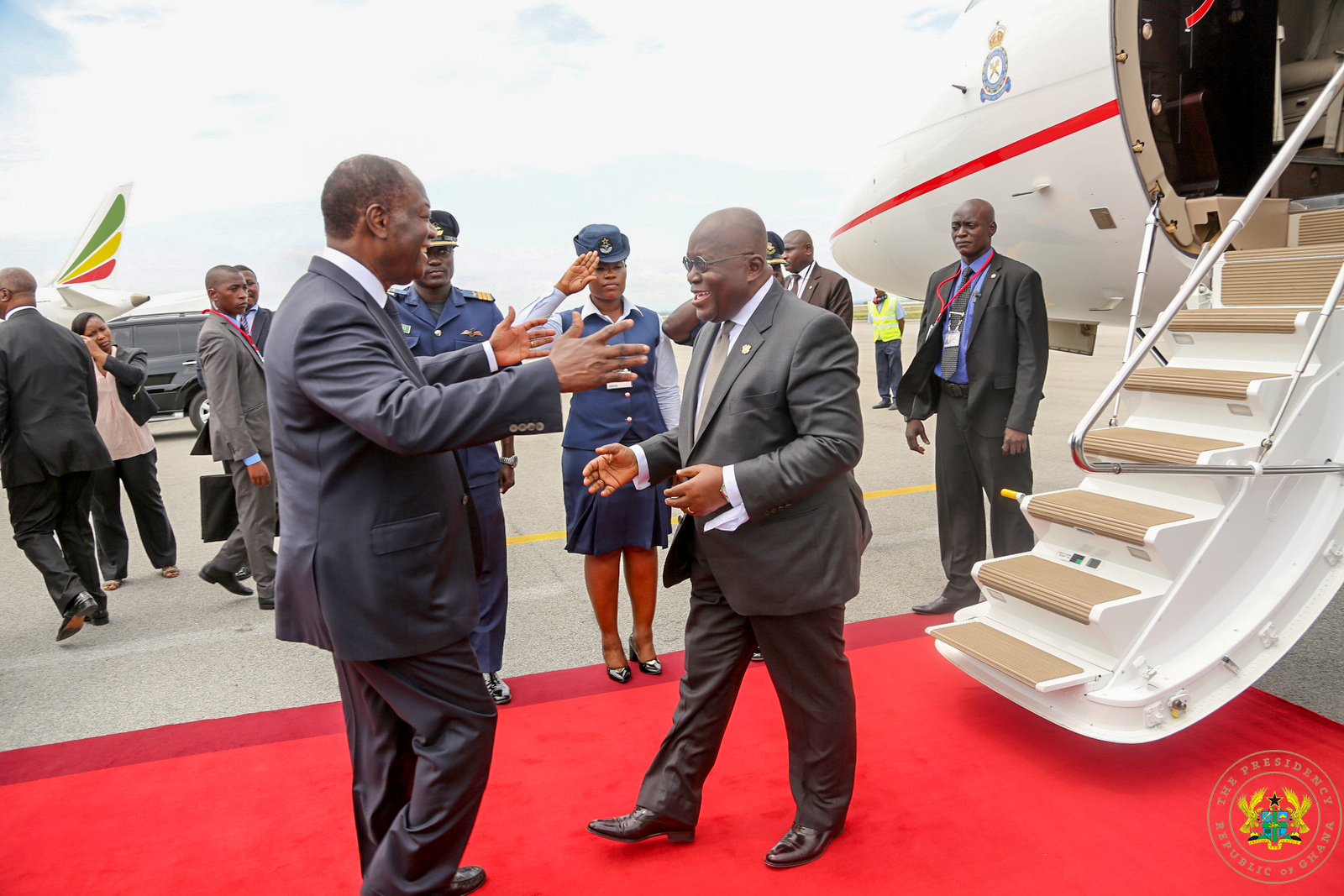 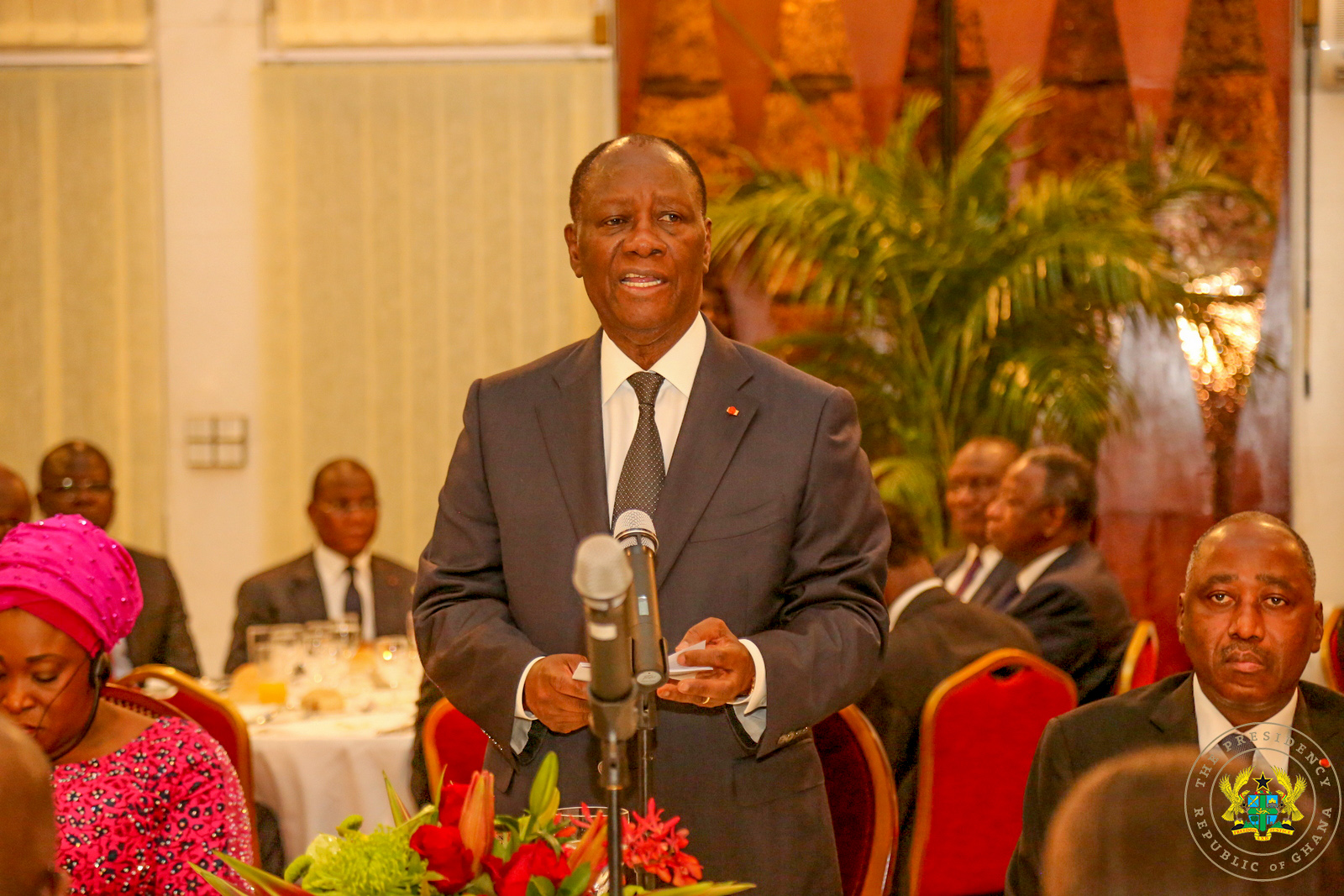 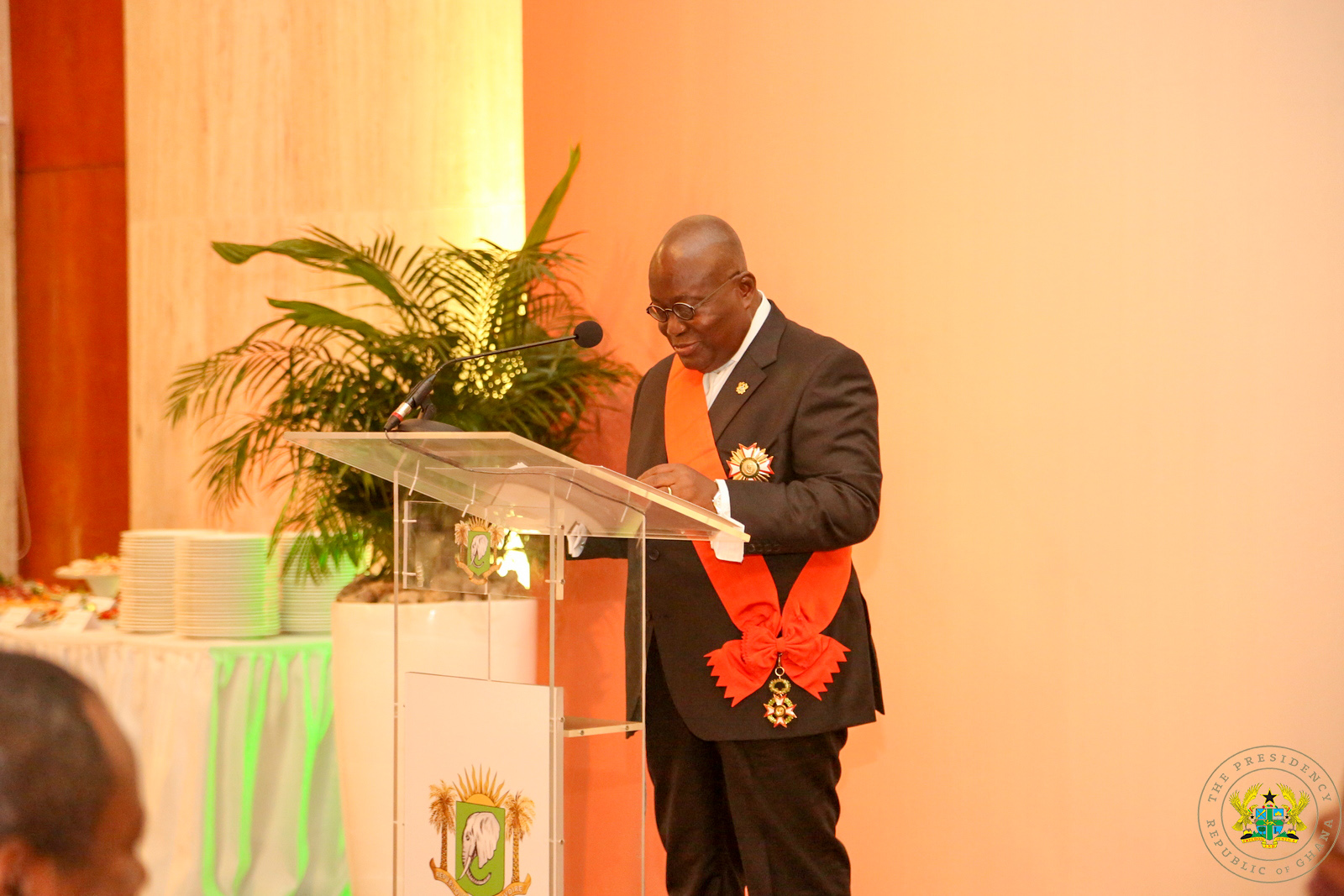 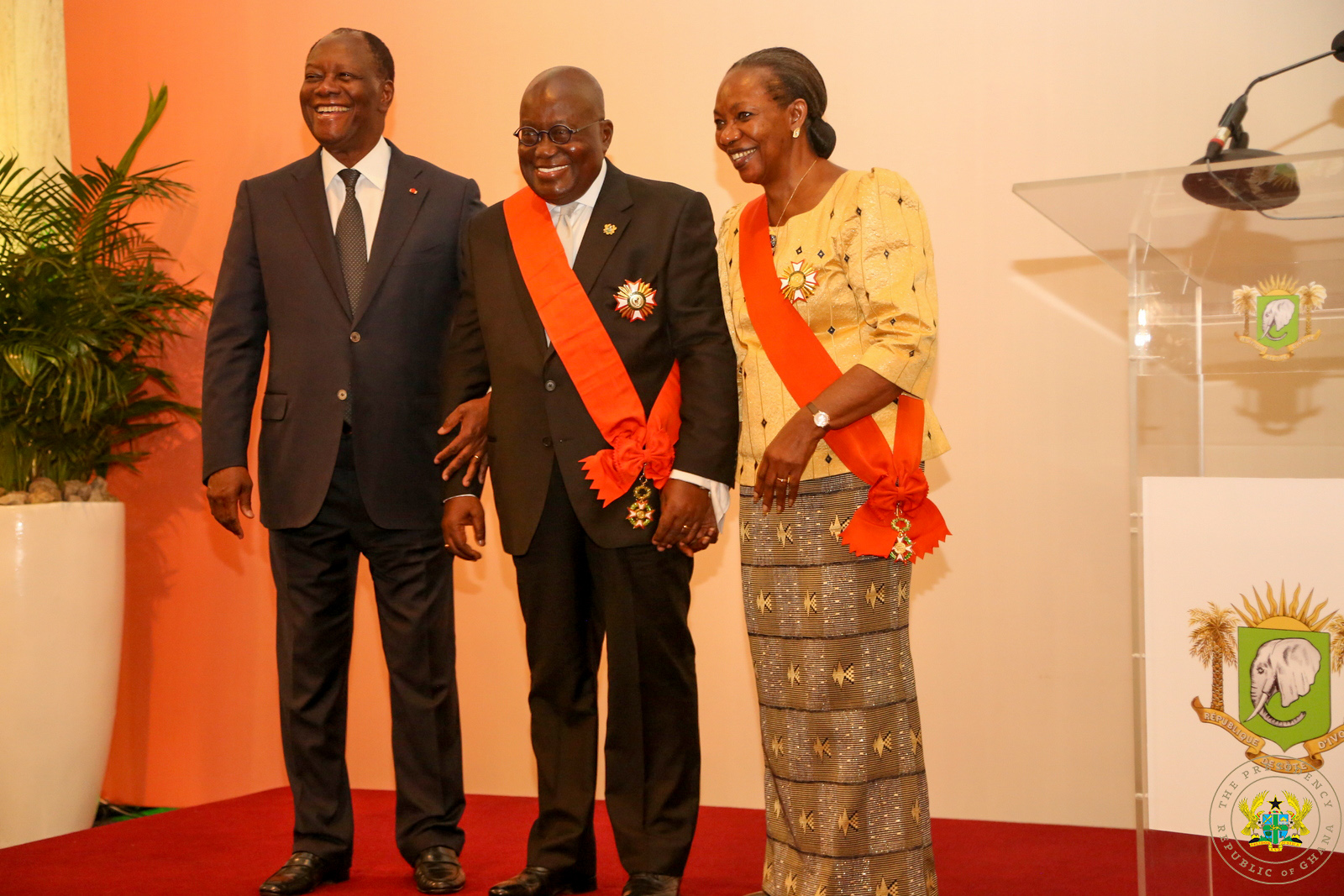 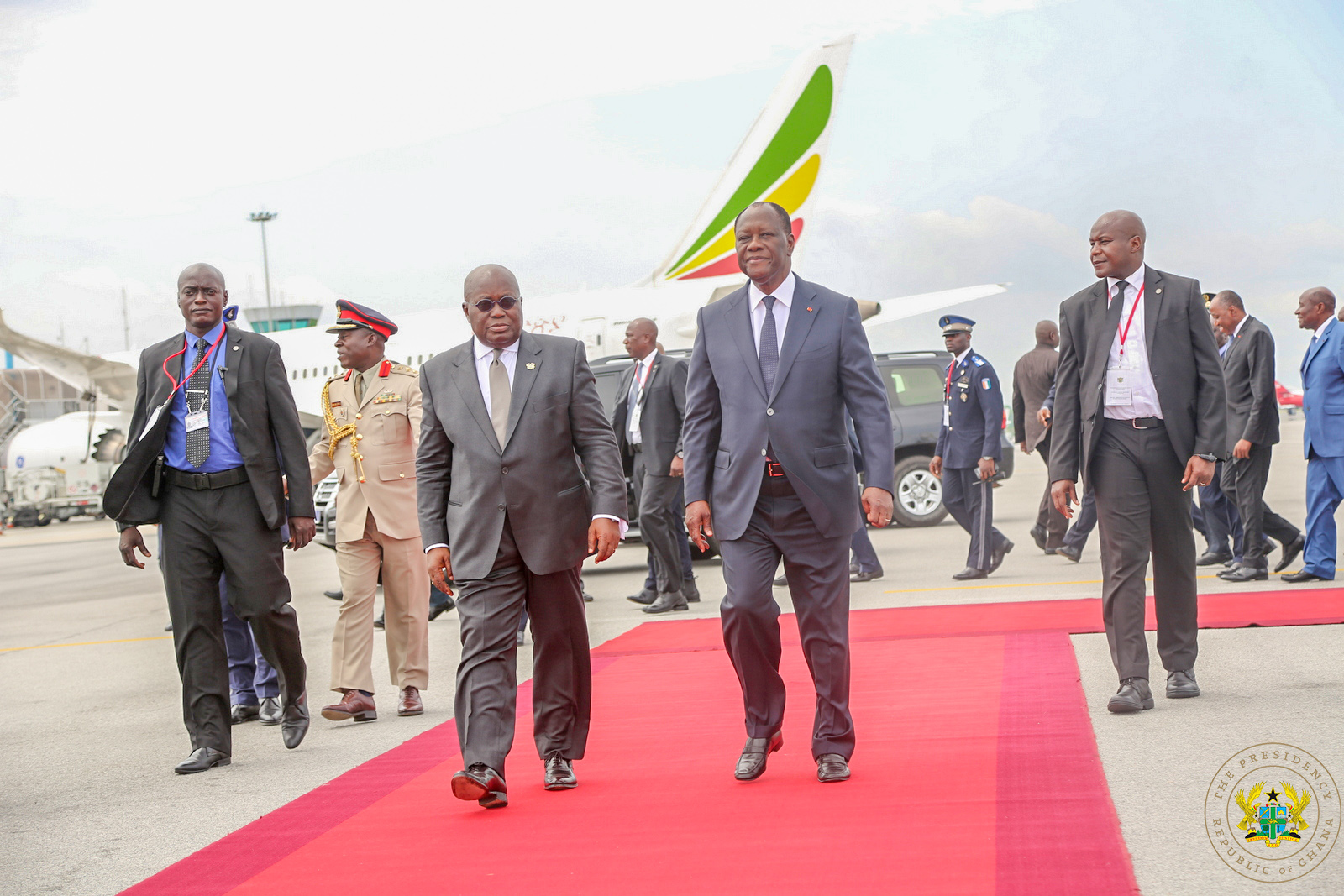