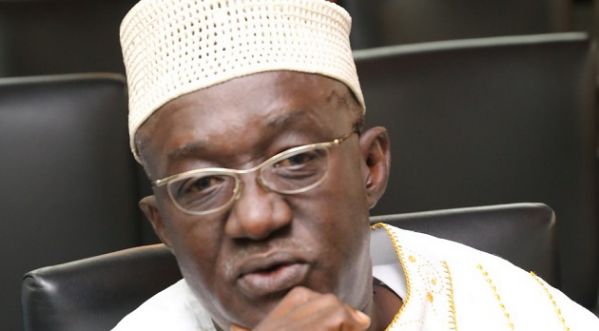 Staff of the Ghana Civil Aviation Authority (GCAA) have resolved to embark on a strike action on Wednesday, October 14, 2020 as part of measures to impress on management and the state to protect aviation lands in Ghana which they say are being sold to private developers.

They claim their action is purely an enterprise based action, that is a local action which they need not inform the National Labour Commission (NLC).

The planned action if allowed to go ahead would be affecting only domestic flights.

The staff control the airspace in Ghana and therefore some of the services to be affected includes navigation that signals the landing and take-off of flights.

According to the staff, encroachment on Ghana Civil Aviation Authority lands started some years back and all efforts to get it stopped have not yielded good results.

They think that their concerns have not been properly addressed and they are trying to call attention for the authorities to address the issue.

A notice has since been sent to all operators about the intended strike but the workers are still hoping to resolve the issue before Wednesday, October 14, 2020 so that they will not have to go ahead with the strike action.

The notice was co-signed for and on behalf of the Coalition of GCAA workers by its spokespersons William Amoako and John Sampah.

According to the GCAA staff, it “may embark on an action to withdraw some essential services, including Air Traffic Services, from Wednesday, 14th October 2020, to demand the return of lands taken away from the Authority.”

The staff noted that the strike action has become necessary “after exhausting all relevant avenues, including meetings and discussions with the executive management of GCAA and the Ministry of Aviation, interventions by the National Labour Commission and the Ministry of National Security, a letter to the Chief of Staff, a petition to President Nana Addo Dankwa Akufo-Addo, and a recent press conference.”

The statement further noted: “The reallocation or sale of lands strictly meant for aviation purposes to private developers poses serious safety concerns to the aviation industry. You would recall that some of your flights have been experiencing occasional breakdown in communication with air traffic control due to constant interference and heavy background noise on some of our frequencies since October 2, 2020.”

The staff continued that they have “reason to believe that these challenges are due to the activities of real estate developers around our communication systems, navigational aids and surveillance systems on GCAA lands,” as these developments have made it nearly impossible for GCAA “to provide quality air traffic and air navigation services.”

The GCAA staff are, therefore, demanding that the government stop “the threat and damage to vital communication, navigation and surveillance equipment and installations, the wanton demarcation and sale of GCAA lands to private persons” and “the forceful eviction of GCAA staff from their officially allocated bungalows.”

The staff last week embarked on a similar protest to register their displeasure about the encroachment of lands belonging to the Authority.

According to the GCAA staff, the aviation sector in Ghana risks shutting down if steps were not taken to protect its lands.

A statement issued by the leaders of the GCAA staff noted: “The Aviation industry is dynamic and driven by technology”.

“This means that new technology may spring up, which requires a piece of land for its implementation.

“Some parcels of land must, therefore, be set aside for those purposes.

“Non-availability of land for these installations will mean there is no future for aviation in Ghana”, they warned.

The statement continued: “It must be noted that, as a Coalition of Union and Profession Associations of GCAA, we do not recognise any previous negotiations and agreements concerning Aviation lands entered into and consider such as null and void, since key stakeholders were not involved.”

The staff further noted: “To avoid future encroachment and trespass, we kindly request that titles to these lands are duly regularised in the name of the Authority by assigning an Officer from the Ministry of National Security to assist in this regard”.

With regard to the La Wireless land, the staff indicated that the property is “housing our transmitters and other auxiliary facilities, engineering training school, the Office of the Independent Accident Investigation Bureau, staff bungalows for technical staff working on these facilities and Directors’ bungalows.”

It also cautioned that: “Togo, Benin and Lagos are still monitoring our equipment to justify a takeover of Ghana Airspace”, and pointed out that one of such incidents of encroachment involving the construction of the AU Village, has resulted in GCAA facing certain challenges with its equipment.

“On the La Wireless land, it is surprising to hear that our technical staff, who are called upon at odd times to attend to faults on these equipment, have been asked to vacate their premises and relocate to places far from these installations.

“Who will then attend to faults when they occur and what will be the response time?

“Ironically, as our staff are being asked to vacate the place, provision is being made to build residential accommodation for private individuals”, the staff complained.

They have, therefore, appealed to the government “to intervene and stop the Ministry of Lands and Natural Resources and the Lands Commission from supervising the sharing of aviation lands so that government’s vision and policy on aviation can be achieved.”