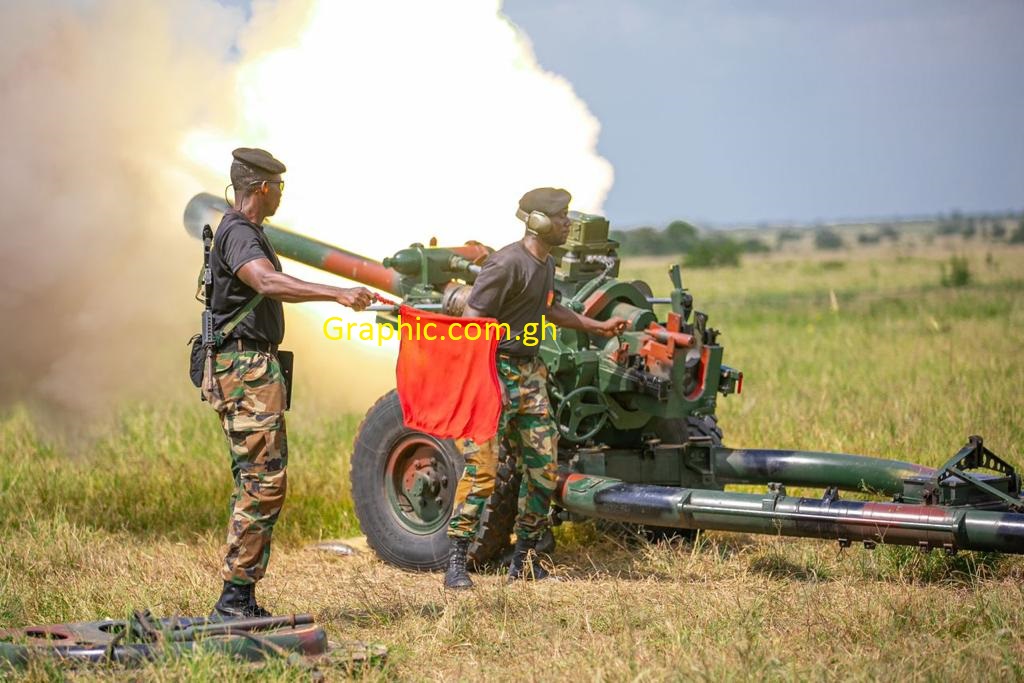 The Ghana Armed Forces (GAF) has reiterated its readiness to protect the territorial integrity of the country against external aggression.

The Joint Taskforce Tarantula was designed to stimulate how a Battle Group operating as part of a joint task force employs its resources to block and repel an attack by a fictitious invading enemy with the support of the Navy and Air Force.

It also sought to afford students of the Senior Division of the Ghana Armed Forces Command and Staff College (GAFCSC) to appreciate the utilisation of fire assets available to a Battle Group as part of joint force and how they are employed.


It was witnessed by senior military officers and students of the GAFCSC who are drawn from Ghana and eleven other African countries. 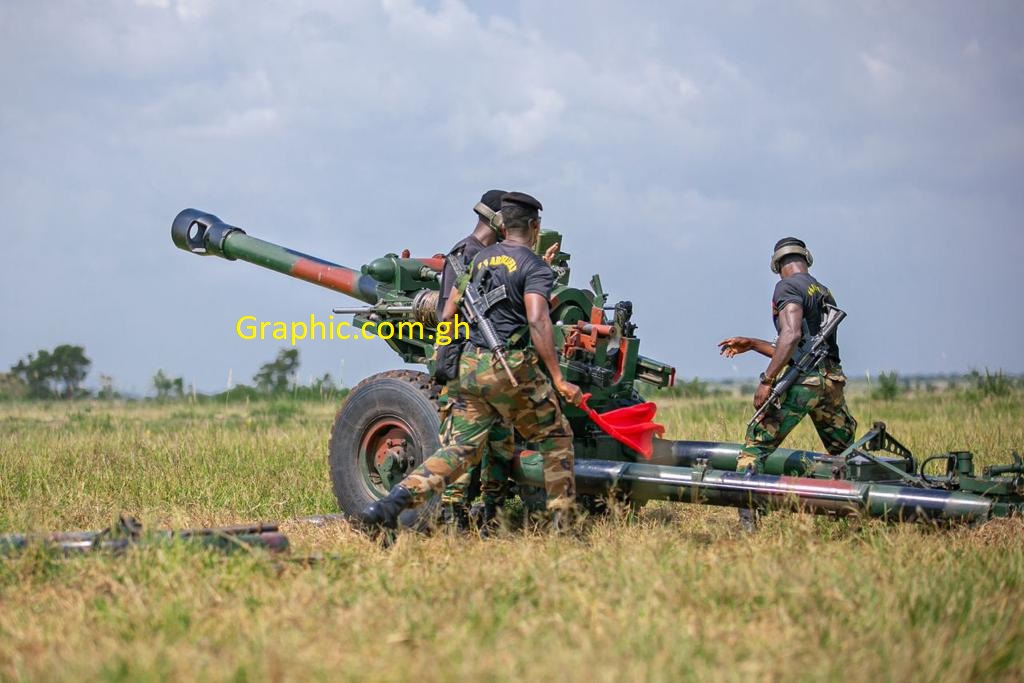 He said the need for the Ghana Armed Forces to train, test their fire assets and prepare for the eventuality cannot be over-emphasised.

"We are all aware of the recent disturbing incidents involving some secessionist groups with the intention of destabilizing the peace in the Eastern part of the country. This exercise demonstrates the resolve of the Ghana Armed Forces to deal with such threats." he said

He said the Ghanaian soldier was a well-trained professional soldier and gave the assurance that the Ghana Armed Forces was always ready to deal with any threat may threatened the territorial integrity of Ghana. 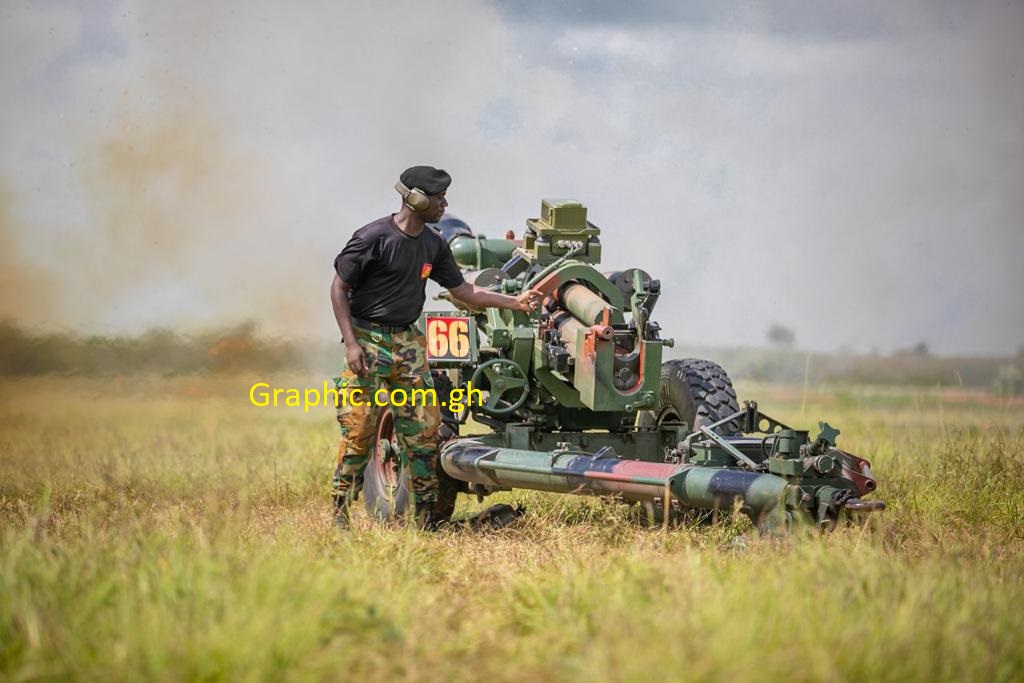 The Chief Instructor Joint Studies. GAFCSC , Col. William Kwabiah said although the various scenerio exhibited during the exercise were Ghana specific, the contemporary threats of terrorism facing Ghana was the same across the continent and expressed the hope the lessons learnt would impact the students positively.

Deputy Minister of Defense, Kofi Amankwaa-Manu commended the GAF and
encouraged the personnel to remain professional, hardworking and vigilant and continue to protect the nation

Present at the exercise was Chief of Defence Staff (CDS), Vice Admiral Seth Amoama and other service commanders.