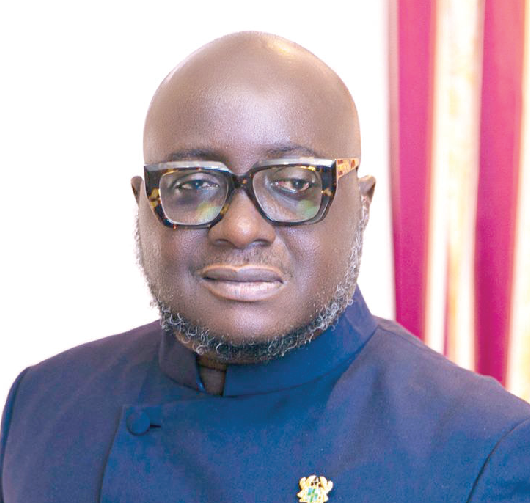 The Ghana Free Zones Authority (GFZA) is committed to forging stronger ties with the Petroleum Hub Development Corporation which has been tasked with the development of the $50 billion petroleum hub in the country.

In a congratulatory message to the newly appointed board of the corporation, the Chief Executive Officer of GFZA, Mr. Michael Oquaye Jnr, said the authority was committed to helping the corporation to achieve this task.

He therefore urged the two institutions to engage constructively in advancing their common aims of supporting the Ghanaian industrial sector.

“It is my hope that these two institutions will work closely together to advance the national development goals,” he stated.

He said the authority would continue to encourage the development of commercial and service activities at sea and airport areas, and also continue to focus on its mandate of supporting the Ghanaian industrial sector by licensing and working with companies focused on value addition, job creation, and export.

The maiden board of the newly established Petroleum Hub Development Corporation (PHDC) was recently sworn in by the Minister of Energy, Dr. Matthew Opoku Prempeh, following approval from the President and the Council of State.

The board is chaired by the Paramount Chief of the Western Nzema Traditional Area, Awulae Annor Adjaye III.

Also on the Board are Mr. Yaw Agyemang-Duah, Mr. David Ampofo, Maame Ofewah Sarpong and Mr. Samuel Erickson Abakah, who is the President’s nominee on the board.

The Board is expected to provide the advice and direction needed by the newly established institution to develop an integrated petroleum industry in the country.

The petroleum hub is one of the government’s strategic anchor initiatives that is expected to boost the petroleum downstream sub-sector and serve as a pillar of growth for the Ghanaian economy.

The first phase of the $50-billion integrated project will sit on a 20,000-acre land in the Jomoro municipality in the Western Region, where natural gas will be processed into various by-products, including ammonia, fertiliser and other petrochemical products.

The project, which is a private sector-led initiative, is expected to be completed by 2030.

In addition, when completed, the hub would facilitate the manufacture of petroleum products such as plastics, fertilizers, and various industrial chemicals.