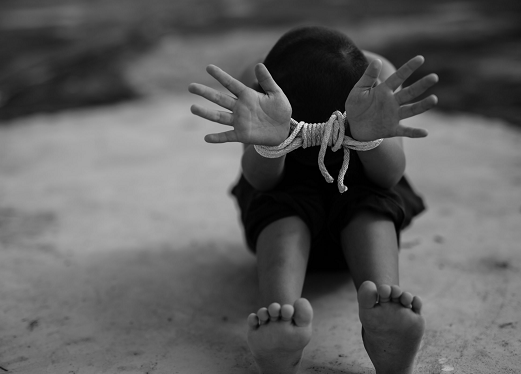 The Human Trafficking Secretariat (HTS) of the Ministry of Gender, Children and Social Protection (MoGCSP) has commended an Accra Circuit Court for convicting Elizabeth Arthur Adjei (Mama Lizzy), the Proprietress of God’s Kids Orphanage at Kasoa, and Daniel Opare Asiedu, a lawyer, of child trafficking.

The acting Head of the secretariat, Sena Owusu-Gibson, in a statement, said human trafficking was considered a highly organised crime and was one of the global blights which affected all races. The action of the court was, therefore, well timed and well judged.

The two were convicted by an Accra Circuit Court for conspiracy to commit crime, to wit defrauding by false pretences contrary to Sections 23 (1) and 131 of the Criminal Code 1960 (Act 29).

They were sentenced to three years in hard labour, in addition to a fine of 1,000 penalty units (GH¢12,000) or serve additional two years in default.
The two offenders were arrested and prosecuted by the Anti-Human Trafficking Unit of the Ghana Police Service, with support from the HTS of the MoGCSP.

Per the facts of the case, Ms Adjei and Mr Asiedu acted together with a common purpose to commit crime, that is defrauding by false pretence.


Both culprits succeeded in collecting money from a couple with the promise of transporting them and their one-and-half-year-old son to Canada for a job opportunity.

The complainants were asked to pay an amount of GH¢5,000 to be used to procure passports and other travel documents, out of which GH¢4,000 was paid.

Ms Adjei later informed the complainant that the documents were all ready but the complainant’s wife could not travel because she had become pregnant, so she could only travel after delivery.

They also told the complainant that he could not travel after three days because there was a problem with his passport which must be worked on, but their son could travel because there was nothing wrong with his document, and that the white man to take them to Canada would go ahead with the boy.

The complainant reported the case to the Devtraco Police Station, after which the perpetrators were arrested, prosecuted and convicted for their crimes.

Ms Owusu-Gibson said trafficking in persons was a global crime in International Law and Article 3(a) of the Protocol to Prevent, Suppress and Punish Trafficking in Persons, Especially Women and Children defined trafficking in persons as “the recruitment, transportation, transfer, harbouring or receipt of persons by means of the threat or use of force or other forms of coercion, of abduction, of fraud, of deception, of the abuse of power or of a position of vulnerability or of the giving or receiving of payments or benefits to achieve the consent of a person having control over another person, for the purpose of exploitation”.

She said Ghana was known to be a country of origin, transit and destination for people, especially women and children, subjected to trafficking in persons.