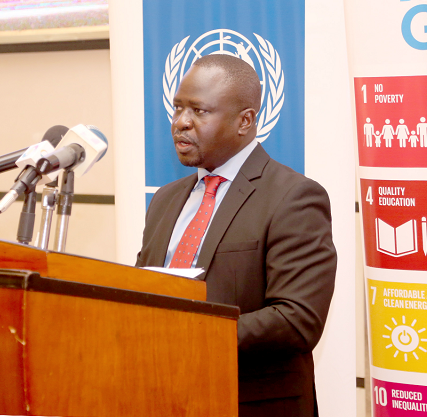 The Government Statistician, Professor Samuel Kobina Annim, has charged master trainers and enumerators to be engaged during the 2021 Population and Housing Census (PHC) to help provide accurate and reliable data for national development planning.

He said such accurate information was essential as it would provide a unique opportunity for the government to distribute resources and facilities in line with the nation’s annual population growth.

The government statistician said “collecting data at the disaggregated level will enable the government and other policy makers to do annual national projections in all sectors of the economy as well as to properly understand the growth of the economy”.

Professor Annim was delivering a keynote address at the end of an eight-day training workshop for master trainers at Winneba in the Effutu Municipality in the Central Region last Tuesday.

The training was to prepare and equip master trainers who will in turn train national, regional and district trainers for next year’s PHC.

“If there is a gap between the Gross Domestic Product (GDP) and population growth as a result of inaccurate national data, the nation will have challenges in the redistribution of national resources and facilities for the benefit of the citizenry,” he noted.

Prof. Annim stated that  the data that would be collected would not only be used by government for planning purposes but it would also enable the Ghana Statistical Service (GSS) to uniquely and easily identify all identifiable and interest groups and their respective characteristics.

“Such information or data would obviously enable the government and policy makers to introduce and implement policies and programmes tailored towards addressing the needs of all Ghanaians,” he indicated.

The government statistician explained that the GSS had introduced geospatial data collection in addition to face to face methods, particularly to identify evolving localities in forest areas which were often not captured during census.

Prof. Annim disclosed further that the GSS was ready, both financially and technically, to organise the census and urged the field officers and enumerators who would be engaged to collect the required data to drive the progress of the nation.

He mentioned that the GSS was not oblivious of the challenges that may be encountered and that the service had put in place mitigating strategies to address that may arise to ensure a successful exercise.

The Head of the National Census Technical Committee, Professor Kofi Awusabo-Asare, in his remark, appealed to all stakeholders to play their respective roles towards a successful census and further urged all Ghanaians to avail themselves to enumerators so as to be counted.

For his part, the Head of Census Methodology, Mr Owusu Kaggya, indicated that the training had built the capacity of the participants to enable them to be effective trainers for the upcoming census.

He also admonished enumerators to be truthful to enable the nation to gather credible data for national development.