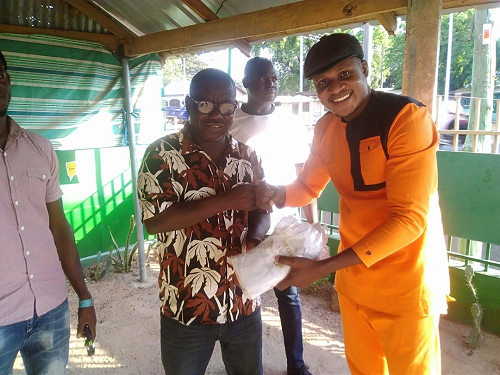 A freelance Journalist and Managing Editor of Apexnewsgh.com in the Upper East Region, Mr Stephen Chidozie Ngamegbulam, has donated dozens of handkerchiefs labeled with peace messages with various political party logos to parliamentary candidates in the Bolgatanga Central Constituency of the Region.

According to Mr. Ngamegbulam, the initiative was part of his newly established website’s contribution to maintaining peace among all the political parties contesting in this year’s election, especially the two major parties, the ruling New Patriotic Party (NPP) and the dominant opposition party,the National Democratic Congress (NDC). 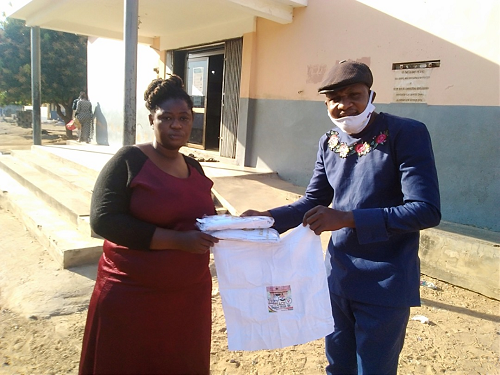 Making separate donations at Bolgatanga on Saturday, Mr. Ngamegbulam said, it is always a pleasure to contribute meaningfully back to society each time he has the opportunity to do so.

“…if I have not witnessed war for the first time, at least, I have had the opportunity to read books about some other countries both in Africa and beyond that went into war due to elections,” he noted.

Making references to one of Thomas Flores articles with the headline, ‘Voting under the gun: elections and conflict around the world’, Mr Ngamegbulam observed that “I believe peace at this point in time is very paramount. It is my belief that if we are able to engage leaders of the various political parties in our various constituencies across the country in very inclusive peaceful engagement and activities, it will definitely minimize the number of havocs caused by youth during the elections” he pointed out.

“Yes, because the youth receive some of these regrettable violent instructions from politicians due to their vulnerability. I mean vulnerability in terms of lack of education, lack of finances, and so on,” the freelance journalist stressed.

According to Mr. Ngamegbulam, what we should all remember is that, when the elephant’s fights, the innocent grasses automatically become victims. He stated that when there is war, our innocent little children, grandparents, mothers, fathers, brothers, and sisters are the ones to suffer for nothing they have knowledge about and even Journalists will not be able carry out their duties accordingly.

However, all the four candidates contesting the Parliamentary seat in the Bolgatanga Central Constituency elections received the donations with excitement. They used the opportunity to pledge for peace and extended the same call to their supporters ahead of Monday's polls.