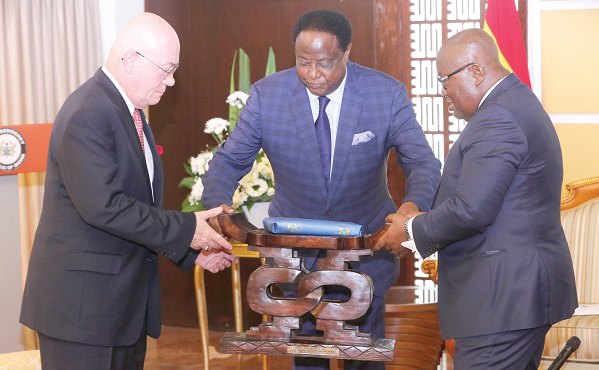 The first to call on the President, Musaka, who was also the Dean of the Diplomatic Corps, said: “My day has come, finally, after 12 years eight months in Ghana.”

The departing envoy recalled how, on December 29, 2005, she had presented her letters of credence to then President J.A. Kufuor, at a time President Akufo-Addo was the Foreign Minister

Musaka said the ties between the two nations would be further strengthened through the conclusion and signing of the Zimbabwe-Ghana General Cooperation Agreement and a Permanent Joint Commission.

She said while in Ghana, she obtained three certificates — one in Business Administration, as a deaconess at the Christ Embassy and another in Fashion.

President Akufo-Addo said Ghana was in support of Zimbabwe rejoining the Commonwealth.

He commended Musaka for the way she comported herself, leading to stronger ties between the two countries. 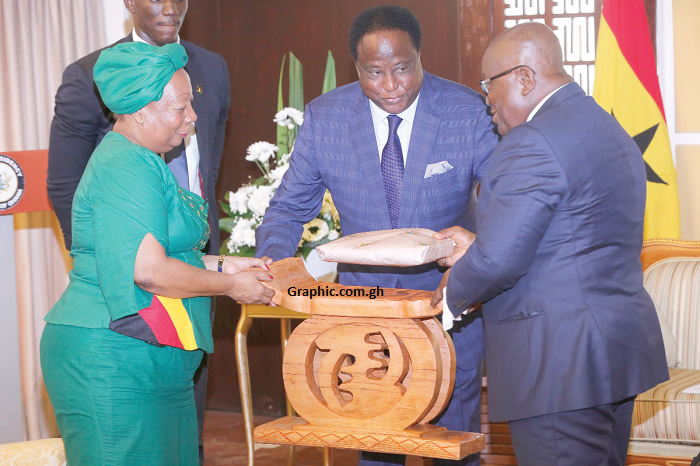 He assured her that he would ensure that her unfinished business was dealt alacrity, especially the conclusions and signing of the agreements.

President Akufo-Addo described her leadership of the Diplomatic Corps as exemplary.

At his turn, Jackson said he had the opportunity to travel throughout the 10 regions of the country, following from which Ghana and continued to have a stronger partnership.

He said his duty tour led to partnerships in the areas of education, health agriculture

Jackson mentioned the security partnership between the two countries and said Ghana, as an island of peace in a turbulent region, had been holding training exercises with the US military, adding that the building of the capacities of the Armed Forces of both countries would be done to ensure security in the region.

President Akufo-Addo described the outgoing US Ambassador as a genuine friend of Ghana and that he had left what he called the “Jackson imprint” in the country in the form of American investment, which included Exxon and Newmont in the areas of oil and mining, respectively.

He also mentioned the second Millennium Challenge Account which had started bearing fruits with the ECG concession and the huge sums of money for the expansion of the power sector.

The President stated that the cooperation agreement, which had been met with some initial turbulence, would help secure Ghana from the instability in the .

For his part, the outgoing Israeli Ambassador talked about some uncompleted projects between his country and Ghana, which he wished could have been accomplished.

Taking a peep into history, President Akufo-Addo said Ghana was the first country south of the Sahara to the State of Israel in the 1950s and added that there were many Israeli initiatives that were implemented in Ghana. 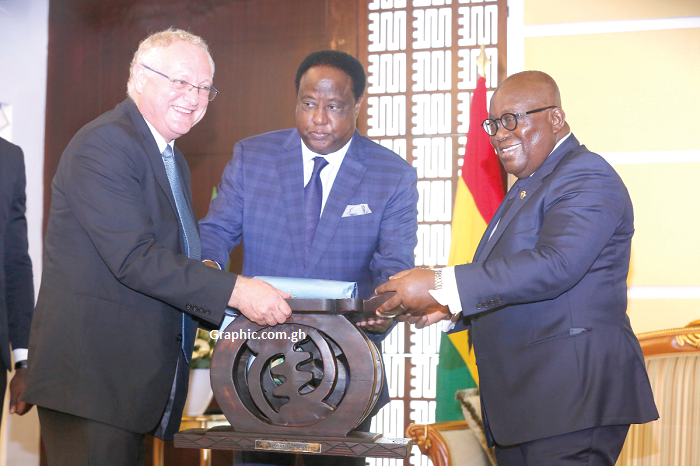 He said four of his ministers had visited Israel, a sign of the growing relationship between the two countries, and assured the outgoing envoy that Ghana supported international efforts to successfully bring peace and stability to the Middle East.

The outgoing Sudanese Ambassador said his stay in Ghana had been “very good and interesting and I can give evidence that the democracy in Ghana is a model for Africa and other developing countries to follow”, after witnessing elections and a peaceful transfer of power. 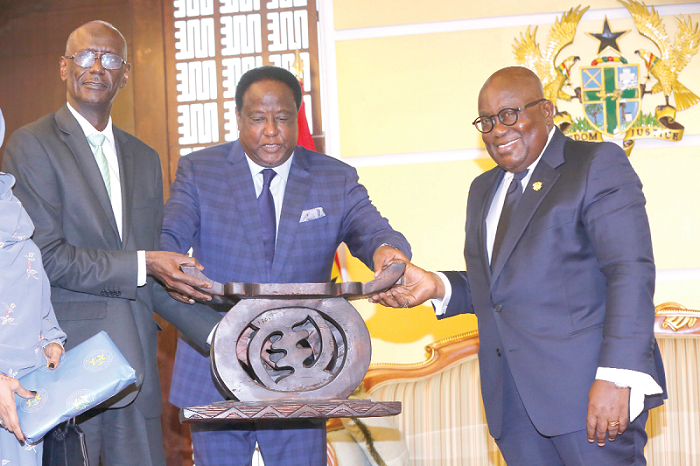 It is the turn of Babikir Elsiddig Mohammed Elamin (left), outgoing Sudanese Ambassador to Ghana and President Akufo-Addo presenting him with a parting gift

He commended the government for the support he had enjoyed, which had helped foster greater relations between The Sudan and Ghana, especially in the areas of trade and investments.

President Akufo-Addo said Ghana was committed to peace and stability in , hence the presence of Ghanaian troops in that country.