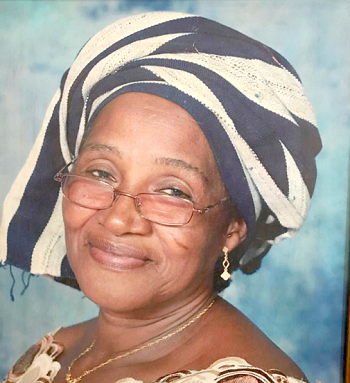 A former member of the Council of State and former ambassador to Denmark and the Scandinavias, Hajia Fati Habib-Jawula, is dead. She was 78.

Hajia Habib-Jawula, who died on December 15 this year, was buried the next day in accordance with Islamic tradition.

She was the wife of the late Alhaji Habib Jawula (Founder Member of the Progress Party), niece of former Convention People’s Party (CPP) flag bearer, Dr Abu Sakara and sister-in-law of Lepowura M.N.D. Jawula, former Chairman of the Ghana Football Association and former Chief Director of the Ministry of Harbours and Railways and the Ministry of Health.

She spent 15 years of her professional career teaching English Language at the Tamale Secondary School and the Tamale Teacher Training College.

She was the Northern Region Women’s Organiser of the National Democratic Congress (NDC) from 1997 to 2000.

She was appointed ambassador to Denmark by President Prof. John Evans Atta-Mills in 2009.